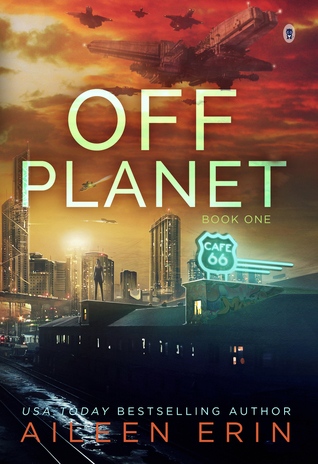 11 replies on “Off Planet eARC Review”

Excited by this!! I’m putting it on my tbr and hopefully I’ll get to it soon, BUT very disappointed by the cons (though I get the aliens looking enough like humans, it’s something I learned during my biology bachelors, if they’re too different, they can’t mate, so it was probably the right choice)

Haha I love that one of the cons is needing to wait till 2020 for the sequel. I feel that with a lot of books xD And that you wanted more Roan too, because side characters are honestly the absolute best. I am glad to hear that the main character was so relatable and well done. I am so so glad there is no love triangle included either because we definitely do have enough of those to last us a long while 😀 Great review x

ah you had me at YA Sci-fi! the worldbuilding sounds fantastically complex and thorough, the protagonists relatable and sympathetic (also hell yes to friends who stay friends instead of becoming love interests!) … but hm. I may wait until the next book comes out to pick up this one, so that if it’s as great as you make it sound I won’t have to wait 😜

I agree with you–we do always need more YA Sci-Fi! I honestly am pretty new to the genre, but I find that when its good, its REALLY good, and I’m loving it! But now I’ve been reading it so much I’m always on the lookout for more. I’ll be adding this one to my TBR. Thanks!

Oooohhhhh I hadn’t heard about this book, and it sounds really interesting! It makes me really happy to see that there is positive Latinx rep in this one as well, and that the notion of good an evil isn’t as cut and dry as “all humans are bad.” I LOVE YA sci-fi and wish there were more of them for me to devour, I like that this book looks at a not great future where we messed up the planet and had to seek a new home in space. I eat that up! Great review, Haley!

Thanks Kal!! Ahhh you’ve made me so happy with this comment, thank you!

[…] to do this cover reveal!! I am a huge fan of Off Planet and you can find my fangirl review of it, here. It’s also made my top SciFi reads for the first half of 2019. I really, truly, loved the […]

[…] this superfans page, not quite a street team, but, I’m definitely all for screeching about Off Planet to everyone. I’m almost finished with Off Balance and so you can expect my review of that one […]