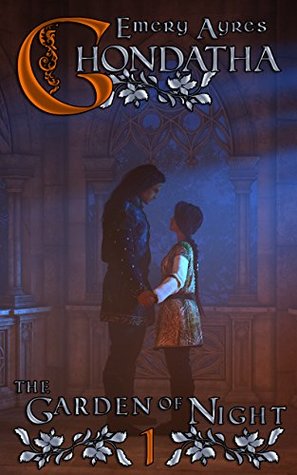 GoodReads: The power to love.

Want an interesting vampire one set in a new world and is more like a Fantasy novel?

Like slow burning romances that make you ship harder?

How about a book where the female protagonist is a freakin sculptor and has a really strong personal/guild moral code she sticks to?

Cool beans. Let me drop Ghondatha at ya.

I was really unbelievably pleased with Ghondatha

This was a book to restore my spirits after the last few reads.

The synopsis had me intrigued and it’s the sort of love story I crave, the slow-burning (and for me, more realistic) kind. I did not expect the twist of the plot of the story and man, was that awesome!

There are guilds, ancient Antlantian like civilizations lost to a volcano, a war, and under that ware is an even bigger war that the humans have no notion of! I’m such a huge fan of how she’s written the vampires.

I love that the main character is a sculptor and her hearth sister is a potter. They’re not the usual occupations you see for female characters, well, teenage/young adult ones anyway and I love how steadfast Saphra was to being a journeyman sculptor and her guild/family.

Pros:
– Strong female who is more concerned with her ultimate goal in life and in her family than romance
– Vampires are intriguing and there’s more than one ‘kind’
– Gideon Code
– Lord Gideon
– Leigh is a great best friend and hearth sister to Saphra and I love her
– Complex relationship between humans and vampires that consort (not just romantically)
– Slow burning romance
– I need to know so much more about Qyva, it’s an ancient lost civilization and I need more
– The book is short but it feels nice and full, and in fact you’ll want to dive right into the next book.
– Sheena and Bradley showing two different sides of how humans can be affected by even the most well-intentioned vampires
– Antonia sounds like a big bad B and her origins is amazing, I hope we see more of her.

Cons:
– I wish the book had been a tad bit longer because it felt like it wasn’t as much of a cliff hanger as much as a ‘pause/to be continued.’
– More Leigh
– Uh again, more Qyva
– People may be put off by the fact that it has vampires in it.
– Pacing could feel slow or too fast depending on what you’re looking to get out of this book.
– Again I really just wish this book could have been longer, I would have loved to read more about Leigh and Saphra’s familial relationship/friendship.
– I also wanted more about Saphra’s sculpting and maybe some more peeks at her past but I can see why the author didn’t give us more about her past.
– I guess overall I just wanted more.
– Most didn’t consider it a love story, but I would say it is if you accept it’s not going to wrap up in the first book.

Alright, it’s Saturday, I’m off to go nap after a long concert!

oooooh, I have a love/hate relationship with vampire romances but this sounds awesome, with strong leads and complex worldbuilding! definitely going to keep it in mind, thanks for an awesome review 💕

I usually stay away from Vampire stories except for Interview with a Vampire and Den of Shadows quartet…but…this one got me lol. And if you do read it I hope you like it! Thanks, Isabelle!! ❤

I like vampires. I may give this a try. Thanks for the review!

No problem! Thanks for dropping by!! ❤ I hope you enjoy it if you read it!

[…] would be the last book I finished reading, Ghondatha. I really try to keep up with my GR on what I’m reading and what I’ve finished, it […]

[…] I’d like to go on and on and on about this one, because if you’ve read my review you know I was so pleased with this read. I love it because it’s vampires with two different camps/mindsets. The Ferals and The Followers, and I love how unique Ayres has made her story, so, this was probably my best vampire read in a looooong time. If you haven’t read my review, click here. […]