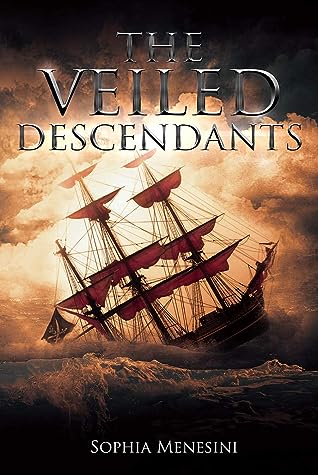 Captain Shea Lara and the crew are back in this thrilling sequel to The Veiled Threat, The Veiled Descendants. It’s been a year since she struck the deal — a year since she promised to marry her princess, a year of adventure, darkness, and change. Her fiancé has chased Shea across the Nereidan seas, but now it’s time for her to come back to Arethusa. The storm has arrived, and none of them are prepared for what’s coming. An elven Fae with a blood connection to Shea, who plans to take Nereid back from the humans, shatters the life of a young Oceanan prince, and now it’s up to Beck of Oceanus, Captain Shea, and Queen Joana to save their world from the powerful threat.

But they can’t do it alone. With the help of Shea’s father, Poseidon, God of the Sea, and her former lover: the goddess of love, she will set out on a quest to find the one being who can help prevent Perses from destroying everything she holds dear. A god, who just so happens to be Shea’s immortal brother, Triton. Shea chose the family she has now, but the tides are changing, and what she wants may no longer matter. She’ll need to rely on the magic in her blood for the battle ahead. Perses is coming, with the help of vicious creatures, an evil empress, and the Lycon army, and he plans to drag her down to depths with him.

I’ve been waiting to read this sequel! I really liked the first book, and to have Captain Shea back, well, I’m pretty happy to be reading this book! I’m also on the blog tour for it, and as it’s a been longer I’ve started it now instead of waiting until the usual last minute. [It’s a surreal experience]

Power is much easier to acquire than it is to hold onto. Jude learned this lesson when she released her control over the wicked king, Cardan, in exchange for immeasurable power.

Now as the exiled mortal Queen of Faerie, Jude is powerless and left reeling from Cardan’s betrayal. She bides her time determined to reclaim everything he took from her. Opportunity arrives in the form of her deceptive twin sister, Taryn, whose mortal life is in peril.

Jude must risk venturing back into the treacherous Faerie Court, and confront her lingering feelings for Cardan, if she wishes to save her sister. But Elfhame is not as she left it. War is brewing. As Jude slips deep within enemy lines she becomes ensnared in the conflict’s bloody politics.

And, when a dormant yet powerful curse is unleashed, panic spreads throughout the land, forcing her to choose between her ambition and her humanity…

It’s time! I’ve read the other two, now, I shall finish this trilogy!! So, that knocks out the Shadow and Bone Trilogy and Folk of the Air in the past couple of months, not too shabby!

It’s 200 years since Cinderella found her prince, but the fairytale is over.

Sophia knows the story though, off by heart. Because every girl has to recite it daily, from when she’s tiny until the night she’s sent to the royal ball for choosing. And every girl knows that she has only one chance. For the lives of those not chosen by a man at the ball . are forfeit.

But Sophia doesn’t want to be chosen – she’s in love with her best friend, Erin, and hates the idea of being traded like cattle. And when Sophia’s night at the ball goes horribly wrong, she must run for her life. Alone and terrified, she finds herself hiding in Cinderella’s tomb. And there she meets someone who will show her that she has the power to remake her world.

I LOVED THIS *Screeches to infinity* Of course the night I finish the eARC I get the email saying I can go pick up my physical copy from Waterstones, but, I’m excited to have this on the shelves anyway. [Review to come next week!] 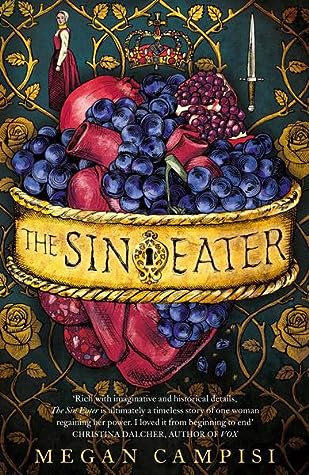 Can you uncover the truth when you’re forbidden from speaking it?

A Sin Eater’s duty is a necessary evil: she hears the final private confessions of the dying, eats their sins as a funeral rite, and so guarantees their souls access to heaven. It is always women who eat sins – since it was Eve who first ate the Forbidden Fruit – and every town has at least one, not that they are publicly acknowledged. Stained by the sins they are obliged to consume, the Sin Eater is shunned and silenced, doomed to live in exile at the edge of town.

Recently orphaned May Owens is just fourteen, and has never considered what it might be like to be so ostracized; she’s more concerned with where her next meal is coming from. When she’s arrested for stealing a loaf of bread, however, and subsequently sentenced to become a Sin Eater, finding food is suddenly the last of her worries.

It’s a devastating sentence, but May’s new invisibility opens new doors. And when first one then two of the Queen’s courtiers suddenly grow ill, May hears their deathbed confessions – and begins to investigate a terrible rumour that is only whispered of amid palace corridors.

Set in a thinly disguised sixteenth-century England, The Sin Eater by Megan Campisi is a wonderfully imaginative and gripping story of treason and treachery; of secrets and silence; of women, of power – and, ultimately, of the strange freedom that comes from being an outcast with no hope of redemption for, as May learns, being a nobody sometimes counts for everything . . .

Another one I loved, I wasn’t sure how I would feel about this one but it was basically amazing and now I need a physical copy of this one as well, so, so good. 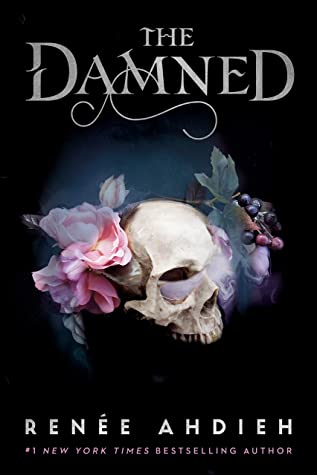 Following the events of The Beautiful, Sébastien Saint Germain is now cursed and forever changed. The treaty between the Fallen and the Brotherhood has been broken, and war between the immortals seems imminent. The price of loving Celine was costly. But Celine has also paid a high price for loving Bastien.

Still recovering from injuries sustained during a night she can’t quite remember, her dreams are troubled. And she doesn’t know she has inadvertently set into motion a chain of events that could lead to her demise and unveil a truth about herself she’s not quite ready to learn.

Forces hiding in the shadows have been patiently waiting for this moment for centuries. And just as Bastien and Celine begin to uncover the danger around them, they learn their love could tear them apart.

I was gifted with an amazing reading week this past week, I got around to this lovely sequel and was not disappointed. I’m also so happy I got the Fairyloot edition of it, it was better than the first book in my opinion, and, it has purple edges, count me pleased lol. 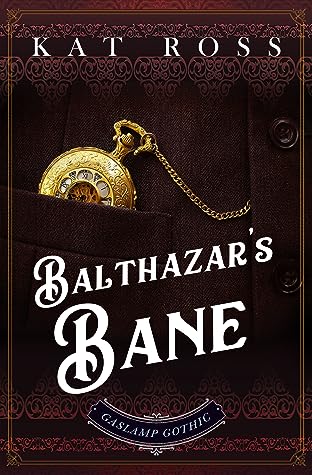 And a hero with extremely dodgy credentials.

Oh, he enjoys a few hobbies.

But considering what Balthazar used to be like, these pursuits are harmless. And surely he deserves a reward for assassinating the elusive necromancer John Mortlake in the middle of Cairo’s teeming bazaar. What could be better than a holiday cruise up the Nile with his secretary Lucas Devereaux?

There’s just one thing that might ruin his mood.

If, for example, someone stole the talisman that’s kept him alive for two thousand years.

That would really suck.

Unfortunately for Balthazar, he just killed the wrong necromancer – one with a vengeful daughter and huge debts to some very shady djinn. To get his mojo back, he and Lucas must find a legendary sword and liberate a desert kingdom of magical misfits. For centuries, the people of Al Miraj have sought a valiant champion willing to face the wrath of the arch demon Fulad-zereh!

What they get is Balthazar.

But the gods always did like a good joke.

I love Kat Ross and all her books that I’ve read so far, and I was super happy to get a chance to be on the blog tour for this, I will probably wait last minute because I always DEVOUR her books in like such a short amount of time lol they’re too addictive for me.