Ren Kolins is a silver wielder—a dangerous thing to be in the kingdom of Erdis, where magic has been outlawed for a century. Ren is just trying to survive, sticking to a life of petty thievery, card games, and pit fighting to get by. But when a wealthy rebel leader discovers her secret, he offers her a fortune to join his revolution. The caveat: she won’t see a single coin until they overthrow the King.

Behind the castle walls, a brutal group of warriors known as the King’s Children is engaged in a competition: the first to find the rebel leader will be made King’s Fang, the right hand of the King of Erdis. And Adley Farre is hunting down the rebels one by one, torturing her way to Ren and the rebel leader, and the coveted King’s Fang title.

But time is running out for all of them, including the youngest Prince of Erdis, who finds himself pulled into the rebellion. Political tensions have reached a boiling point, and Ren and the rebels must take the throne before war breaks out.

It’s neat, I mean, I’m not in love with it, but I do enjoy the MC a lot, she’s full of sass and is one of those cinnamon rolls who act tough, so, you know, she’s adorable lol. I’ll be finishing this one today, and I did really enjoy the rebellion aspect in this one, so I’m excited to see how this book is gonna end. There are twists abound, so I’m super curious. 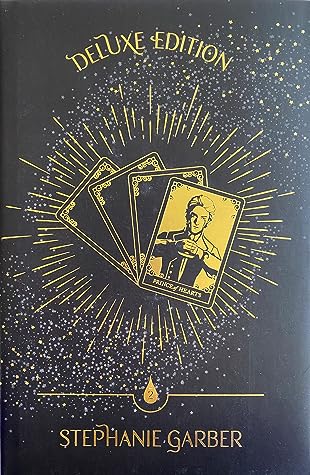 Welcome to Caraval…
the games have only
just begun.

After being swept up in the magical world of Caraval, Donatella Dragna has finally escaped her father and saved her sister Scarlett from a disastrous arranged marriage. The girls should be celebrating, but Tella isn’t yet free. She made a desperate bargain with a mysterious criminal, and what Tella owes him no one has ever been able to deliver: Caraval Master Legend’s true name.

The only chance of uncovering Legend’s identity is to win Caraval, so Tella throws herself into the legendary competition once more – and into the path of the murderous heir to the throne, a doomed love story, and a web of secrets… including her sister’s. Caraval has always demanded bravery, cunning, and sacrifice. But now the game is asking for more. If Tella can’t fulfill her bargain and deliver Legend’s name, she’ll lose everything – maybe even her life.

But if she wins, Legend and Caraval will be destroyed forever.

HOLY COW the ending on that one! I actually enjoyed this a lot more than Caraval, which was a fun read, but I liked the stakes in this game more. I did miss Scarlett and Julian, so, I’ll see how this goes in Finale. I’ll be doing a review of the whole trilogy back to back probably the first week of June. 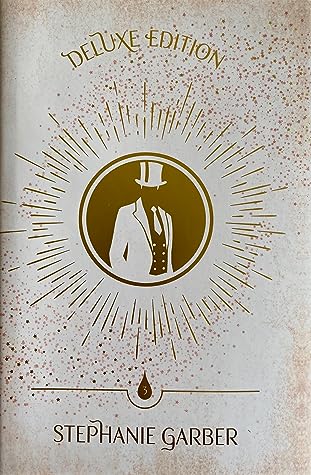 Welcome, welcome to Caraval…all games must come to an end.

Meanwhile, Scarlett has started a game of her own. She’s challenged Julian and her former fiancé, Count Nicolas d’Arcy, to a competition where the winner will receive her hand in marriage. Finaly, Scarlett feels as if she is in complete control over her life and future. She is unaware that her mother’s past has put her in the greatest danger of all.

Caraval is over, but perhaps the greatest game of all has begun―with lives, empires, and hearts all at stake. There are no spectators this time: only those who will win…and those who will lose everything.

I have been wanting to read this and when I got approved for the eARC for The Crow Rider, well, it was time. So! I’ll be reading this as soon as I finish Of Silver and Shadow, and probably reading it in tandem with Finale, but, we’ll see how that goes.