Here we are, the second Indie Spotlight! This comes out a difficult time, I know people are worried and anxious, places locked down and many in quarantine or self-isolation, but I hope that you are able to at least get some reading done and if possible spend time with pets/family, or even just binging Netflix.

The giveaway is for one winner this time and it is a DIGITAL book! ❤ 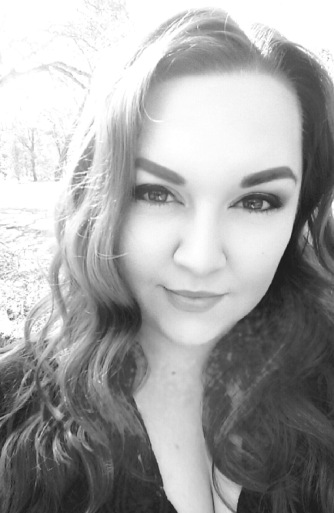 SHANNON A. HINER lives in far Northern California with her feline roommate, Pangur Ban. She attended and graduated from Butte College in Oroville, CA. Having believed in faeries, vampires & all sorts of immortal creatures her entire life, it came as no surprise to her family and friends when she started writing down her stories in a grossly exaggerated fashion.

After finishing her first book in 2009, Submerged In Darkness, she realized she had written not the first book of many, but the last in an epic series. Since that time, she has been laboring to write & publish all prior books.

Like Fire and Powder is a companion novella to The Immortal World series, that tells the story of two vampires from opposing clans who meet and fall for each other against all common sense. It’s attraction at first sight, friendship at first late night walk, and love at first sign of disaster. If you love Romeo & Juliet and Underworld, this story is for you.

It’s exactly like a huge urban fantasy realm! When I was a teenager, I read a lot of fiction online and I fell in love with urban fantasy. I’d been playing around with my own ideas for a couple of years, but the explosion of vampire fiction in the market really grabbed me. I took a look at all of the popular tropes and character types, and I wanted to twist them all up. So I began writing and posting a novel on Fiction Press. As soon as reviews started coming in, I was hooked. The world of my stories kept expanding and I never looked back.

Like Fire and Powder specifically is heavily influenced by Romeo and Juliet. I knew the story of my two main characters, Celeste and Tanner, for years before I ever considered writing it. They were just a side plot to the first book of the series, Only the Stars Know. But a late-night discussion with one of my best friends made me realize that I was missing a golden opportunity. It’s the most “adult” book I’ve written, but then, so are the characters. It was really a pleasure to stretch my writing wings with this one.

2. What’s been your writing process? How long on average would you say it takes you to write a novel or in this case how long did Like Fire and Powder take?

Typically a full-length novel will take me 2-3 months to draft and then another couple for revisions and editing. Like Fire and Powder was actually my main project for NaNoWriMo (National Novel Writing Month) last November. I finished the first draft of it in about 3 weeks.

I work a novel ahead of publishing all the time. For example, before I begin revising book 6, I draft book 7. It helps make sure everything ties together properly and I don’t forget any important crossover details. Even though each story in The Immortal World is written to standalone, characters make appearances in each other’s stories and there is an overall series plot happening. Juggling all of the personalities and plotlines is a lot of fun, but it takes a serious attention to detail.

3. Did you always want to be an indie publisher, or did you ever consider traditional publishing?

I’ve always wanted to share my work as widely as I could and when I was sixteen I queried my first novel to agents. It took me a long time to realize that the timing wasn’t right and the story wasn’t ready. Not to mention, the market was over saturated with my genre.

Going independent was mostly a matter of creative control. I love that every inch of my book is truly mine. I get to make all of the decisions about the covers and interior design.

I’ve never ruled out traditional publishing and may decide to try that route for a future standalone novel, but in the meantime I’ve been very happy with indie publishing.

4. I’m excited about this novella, but can you tell us a little about your book coming out in May?

Absolutely! I’ll be releasing my next full length novel in May, Weaken the Knees. It’s book 6 of The Immortal World series and though the novels can be read in any order, Weaken the Knees is special because it takes place at the same time as the previous two books with lots of crossovers and special nods. The main character, Rene, is tasked with stopping a group of vampire hunters who have managed to poison their blood, but things go very wrong, very fast, and she ends up being the hunted.

5. Who is your favorite character to write? And who is the most difficult to write for?

I’m not supposed to have favorites, but I totally do. Rene Kaplan was turned into a vampire at seventeen and even though it’s been a few hundred years, she’s still very immature. Her hobbies include creative cursing, collecting music, and making other people angry. She’s so snarky and difficult, I really thought she would come off as unlikeable, but my early readers are already stating she’s their favorite too.

As for the most difficult, that’s typically Errin Kaye. Errin is a 19th century Victorian gentleman who also happens to be a vampire doctor with around eleven (very modern) degrees. He knows so much more than I do about science and medicine. Writing scenes for him requires hours of research. He’s still an absolute joy to work with, though.

6. Staying on that kind of vibe with characters, do you keep them in line or do you end up just having to go along with what they decide? [Haha I often have author friends who say the characters just do what they want and never listen to their plots lol]

Hahaa, it sort of depends on the character and their attitude. I remember while writing Weaken the Knees, Rene got angry for a while and simply sat in a corner with her arms crossed, pouting. I had to introduce another point of view into the story—one of her least favorite people, I might add—in order to get the plot going again until she was out of her snit.

Sometimes I think the story is going to go one way, but then I get to that point and the character will simply wad up my plans, toss them over their shoulder, and choose an entirely different path. It can be frustrating, but I’ve learned to trust their judgement in these instances. Trying to force them to do my will never comes out genuine or believable.

7. What’s a writing project you haven’t gotten around to or haven’t finished that you hope to have the chance to?

After I’m done with The Immortal World (the first set of planned books, anyway) I’ve had a plot bunny kicking around in my head for a few years now. It’s going to be set on the Northern California coast and involve a selkie whose skin is stolen, trapping him in human form and forcing him to seek assistance from a young woman he finds on the beach.

8. Do you have any advice for aspiring writers?

Write and read as much as you can. You’ll get a better grip on who you are as a writer and what you want to say with each project. Find the books that inspire you and figure out what that spark is so you can nurture it inside of yourself. And most importantly, find a writing community to join. Having others around you creating, people you can bounce ideas off of and trade chapters with is invaluable.

9. And finally, what is the thing you’d like readers to know most about your books?

The Immortal World isn’t about vampires, werewolves, shapeshifters, faeries, etc. It’s about how people aren’t inherently good or bad. The decisions they make and where they place value are what define them. Everything hinges on choice. Urban fantasy is simply the filter I’m using to tell very human stories.

Now for the Book [Novella in this case!] 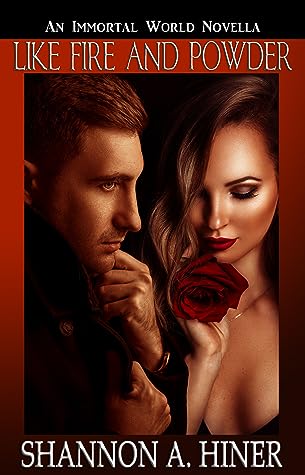 Celeste was never meant to be a vampire. She never wanted to die, or be undead, or drink blood. And the vampire who turned her, Angela Estrada, certainly didn’t want her either. Celeste has never been a fan of Angela’s cynical overly religious ways and she’s spent two whole centuries asking the same question: Why her?

Tanner is in a bind. Even as Second in Command to the Fraccas clan, he’s never been completely on board with the leader’s view of the world and their place in it. Now there’s a strong likelihood that Ignatius is looking for a way to replace Tanner. Permanently.

Eyes meet across a crowded ballroom. The world stops. And then starts spinning again…in the opposite direction. Moving them toward each other when everything about who—and whose— they are is designed to keep them apart.

When your world won’t let you have the one thing you desire most, what other choice is there than to burn it down and build a new one? 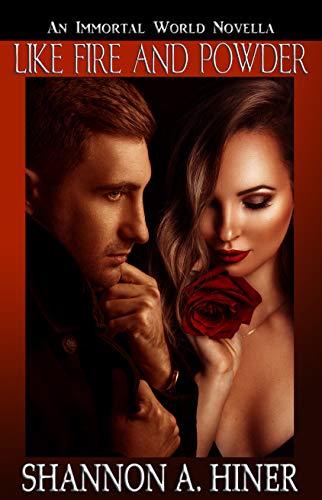 A digital copy of this beautiful baby!

It will be done through Amazon, however, if you do not have a Kindle, no worries, we’ll sort it out with Shannon to get you a different digital copy. So please, don’t let that stop you from entering.

Add Like Fire and Powder [Or Any of Hiner’s books] to your GoodReads tbr and show me proof that you’ve done that whether you link. me or take a screenshot! That’s it! [You can do that in the comments here or on any of my social media accounts!]

THIS GIVEAWAY IS INTERNATIONAL and I’ll pick the winner on March 25 and you’ll receive your copy no later than March 30.

Once more here is the link for the book
GoodReads

One reply on “Indie Spotlight #2”