Before the massacre at Nariin, Enebish was one of the greatest warriors in the Sky King’s Imperial Army: a rare and dangerous Night Spinner, blessed with the ability to control the threads of darkness. Now, she is known as Enebish the Destroyer―a monster and murderer, banished to a monastery for losing control of her power and annihilating a merchant caravan.

Guilt stricken and scarred, Enebish tries to be grateful for her sanctuary, until her adoptive sister, Imperial Army commander Ghoa, returns from the war front with a tantalizing offer. If Enebish can capture the notorious criminal, Temujin, whose band of rebels has been seizing army supply wagons, not only will her crimes be pardoned, she will be reinstated as a warrior.

Enebish eagerly accepts. But as she hunts Temujin across the tundra, she discovers the tides of war have shifted, and the supplies he’s stealing are the only thing keeping thousands of shepherds from starving. Torn between duty and conscience, Enebish must decide whether to put her trust in the charismatic rebel or her beloved sister. No matter who she chooses, an even greater enemy is advancing, ready to bring the empire to its knees.

A former soldier turned PI tries to help the fantasy creatures whose lives he ruined in a world that’s lost its magic in a compelling debut fantasy by Black Sails actor Luke Arnold. Welcome to Sunder City. The magic is gone but the monsters remain.I’m Fetch Phillips, just like it says on the window. There are a few things you should know before you hire me:1. Sobriety costs extra.2. My services are confidential.3. I don’t work for humans. It’s nothing personal–I’m human myself. But after what happened, to the magic, it’s not the humans who need my help. Walk the streets of Sunder City and meet Fetch, his magical clients, and a darkly imagined world perfect for readers of Ben Aaronovitch and Jim Butcher.

My Review of this is coming up tomorrow, and that’s also its release day! I loved it though! It’s what I WISH Jim Butcher was. 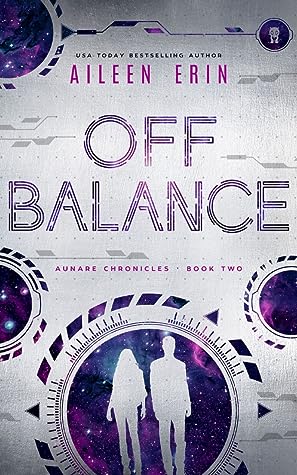 Broken, beaten-down, and plagued by nightmares, Amihanna di Aetes is surrounded by the Aunare race that makes up the other half of her heritage, but she feels alien amongst them. She’s not sure which is worse: SpaceTech’s overt hatred of Aunare or the Aunare’s covert hatred of halfers. She hears their whispers whenever she enters a room and sees her death reflected in their eyes. Amihanna doesn’t know who to trust anymore, but she hasn’t survived this long by ignoring the warning signs all around her, especially when her instincts are screaming that a familiar choice is coming: flee or fight.

Her parents assure her everything is okay—that there won’t be any reason for her to fight, let alone flee—but with Amihanna’s sudden return, questions arise among the Aunare: who should be blamed for the start of a full-scale war with SpaceTech, how much danger will the war bring, and is Amihanna truly fit to be the next high queen?

Honestly, Amihanna wants to forget all the politics, her betrothal to Lorne, and the possibility of being queen. Her needs are much more basic. All she wants is a solid night’s sleep where she doesn’t wake up screaming with the phantom pain of her skin burning. All she needs is to live without fear of a mob tearing her away from her family. All she hopes for is a chance to dream of a future instead of constantly fighting for her right to live.

And yet, somehow, everything she does leads her back to Lorne. He always seems to know when she’s about to break under the pressures of her new life. His quiet patience is wearing Amihanna’s protective walls down, and she’s terrified of what will happen if they fall.

I have been FREAKIN DYING to read this, SO. I can finally get to it without guilt as I’ve read all the other things I’ve meant to! This comes out on the eleventh, and I’m also reading The Library of the UnWritten, Of Curses and Kisses, The Island Child, and the Wolf of Oren Yo before the 15 as most of these come out around the 11 or I have a tour date for them.

You seen busy🙈 I a currently reading The Gilded Wolves but is not really what I expected. Honestly I am eager to finish so I can read something else… 🖤

Your Jim Butcher comment is exactly what I wondered when I first heard of this book…. now I’m DYING to read it. Thanks for that! :p

I already let Orbit /Redhook know I wanted it. Lord.

I really want to read Crier’s War! The other books sound really interesting too. I read Of Curses and Kisses last month and hope you’re enjoying it!

The last smile un Sunder City & Off Balance looks so good – not to say how pretty the cover looks!! 😍 like always though, i’m on the edge of not knowing if my bain could handle that – ahaha

I FINALLY finished my last tome in my Quebec serie that launched the 9th book 2yrs ago (7yrs between the last “last one”) — Ive been wanting to read the whole serie first but yeh – fuck it xD I just decided to hop onto it as I was just not gonna reach .. ahaha
I’m currently reading an arc of “Very Nearly Normal” by Hannah Sunderland — as to what i’m gonna read next, I have no idea ahaha 😅

7 years?! Holy cow! How are you liking Very Nearly Normal?

Iknow!!
Im really liking it thus far, though my heart is breaking now… hoping the wind will change