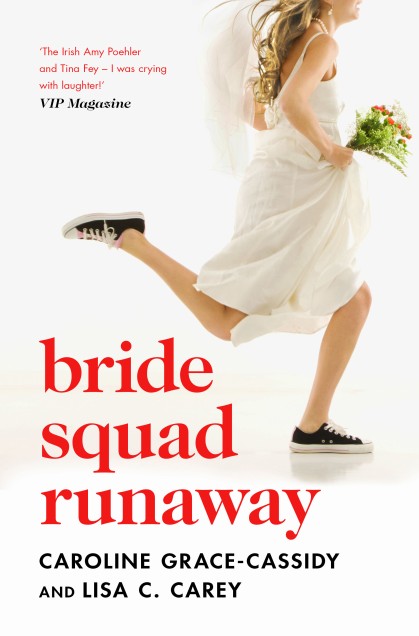 Ava and her trusty bride squad set off on an unforgettable Irish roadtrip. Along the way there’s ice-cream vans, roguish strangers and a very handsome Frenchman. Join them for this laugh-out-loud, feel-good romance with a twist.

It should be the perfect moment. A sunny day at Vintage Brides, and Ava O’Hara is twirling in her wedding dress. Super-hot Stefan likes what he sees…

But Stefan won’t be the one standing at the altar. It’ll be Simon, Ava’s wannabe rockstar fiancé. Or will it?

Simon says he loves her, but he’s got a funny way of showing it. When his indiscretions go viral on the big day, Ava suddenly becomes a bride-NOT-to-be.

She needs her Bride Squad, and fast. It’s time for a runaway! But will Ava come home from her wild Irish roadtrip? And if she does, will it be to love, loss or something entirely different?

Bride Runaway Squad is a light hearted and funny read. Think of ‘Bridesmaids’ meets ‘The Decoy Bride.’ [2 of my fave wedding rom-com films, just incase you all were wondering] It’s really the kind of read that just leaves you feeling uplifted at the end, the authors do a great job of keeping real emotions while giving us something to chuckle at. It actually reads a lot like a rom-com movie and it makes the pages just fly by. But! The focus isn’t the romance, it’s the friendship, so keep that in mind, this is all about some Bride Squad Power.

One thing I tell you though, chapter six had me dying to find out what had Simon the fiancé done?! That whole chapter it was just me going ‘WHAT DID HE DO?!’

I really enjoyed is that our bride was just about 40 and just getting married for the first time, I just felt this was a bit more accurate in our day and age, people get married all across the age ranges now.

Also, while the humor is definitely what makes the book, I adored how this was truly a book on friendship, so even though it read like a ‘rom-com’ romance wasn’t the focus, it was a smaller part, the main bulk of the story is finding yourself along the way of reconnecting with those who make a difference just by being in your life.

[My favorite part was with the rats. Hands down. I’m still chuckling.]

The friends don’t always see eye to eye and I love that the issues were resolved in a way that just felt natural. Let me tell you, finding out you had more in common with someone and that jealousy can remove a lot of obstacles is so enjoyable to read. Cate and Lauren are different enough that they both really stand out from each other and from our bride Ava, and the cast of characters is just really fun, there’s a great energy between them and  whoever they meet along the way.

Friendship aside though, I just want to say I adore Stefan and felt like he was such a great character. He is supportive and a good friend before anything else. I may be a fangirl of his now haha.

If you like romance, if you’re getting married, if you just finished a relationship, and you like to have a laugh, this book is one to pick up! It’s a quick and fun summer read and I hope that you all get to enjoy it as much as I did!

Thank you to Black&White Publishing for sending me a copy and allowing me to take part in the tour. [My review is as honest as always!] And you can find the rest of the tour at the end of my post.

***Note! Royalties from the sale of this book are going to be donated to the Sarah Jennifer Knott Foundation for Cancer of Unknown Primary.*** 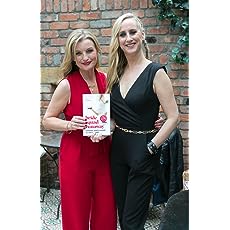 Caroline Grace Cassidy is an Irish film and television actress, and author. She is best known for her role in David Gordon Green’s Your Highness.

Her debut novel When Love Takes Over was released by Poolbeg on February 7, 2012. She was cited by The Irish Times newspaper as one of their ‘People to Watch’ in 2012.

Since then she has been published with , The Other Side Of Wonderful (2013), I Always Knew (2014) Already Taken (2015) and The Week I Ruined My Life was published in 2016 with UK Publishers Black & White Publishing.

Rest of the Tour 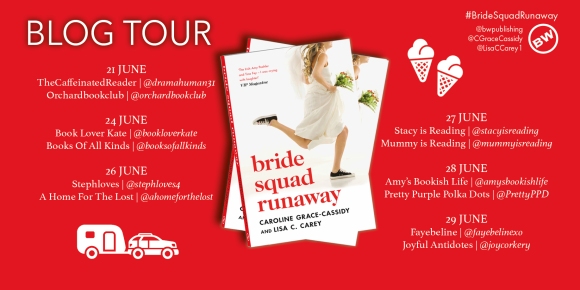 This sounds like such a fun and adorable read! I am probably not the biggest fan of weeding plot/themes but it still sounds nice and especially the way you say it focuses on friendship. I like that! I am happy you enjoyed it and are fangirling 😉

Wow, this book sounds really great! I love wedding-based stories so I think I’ll like this one quite a bit

(plus now I’ll have to what ‘The Decoy Bride’ since you love it!)

This sounds like such a fun read! So my best friend is getting married and I am not yet sure if I’ll be able to go because the wedding is in the US but I organized a small bachelorette for her yesterday and we had so much fun traipsing across London in our bride squad t-shirts….lol

Lovely review!! I’ll keep an eye out for this book!!