Hey guys, today I’m bringing you my favorite YA fantasy series. These are all favorites of mine so, there’s not really a particular order this time! Here we go…

This trilogy was one of the first as a teenager to just suck me in,  break me, put me together again, and then repeat. I loved it and it’s something that I recommend with such, like, hope, I truly wish those who decide to read it love it as much as I do but it’s so not for the faint of heart. I only rec this to those who love darkness and beauty all wrapped in one. I have Libba Bray’s Diviners but I haven’t gotten around to it yet and I hope to. I honestly think Gemma is one of my favorite protagonists ever. (I WILL GO DOWN WITH THAT SHIP)

4. The Chronicles of Narnia

I need to be upfront, I only got to book four as a child, but, I plan on reading the rest. I ended up just pausing and forgetting as I went on to read other things at that time. My favorite so far had been The Magician’s Nephew. There was something extra magical about it for me and I actually read it first as well so I didn’t read The Lion, The Witch, and The Wardrobe first like some do. One thing though I know, I always feel like Susan gets a bit of a crap outcome, so, that may have been why I dragged my feet with reading the rest. Still a land of magic that has stayed in my heart. 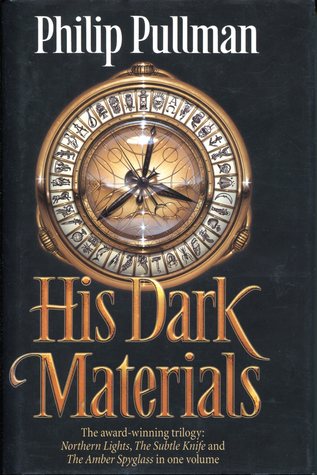 Honestly, this one rocked my world to its core. Philip Pullman doesn’t mind about doing things that can cause an uproar in the real world. People were not happy with this book but I was, I was thrilled. And not to mention his world building just floored me. Lyra is another favorite protagonist of mine and the fact that we get to see her again in the second Book of Dust just has me screaming like a fangirl, and oh yes, I totally preordered it. This is one of the few series I also could get my husband to read, he hated me afterwards due to who his favorite characters was, but, it was totally worth it because he loved it as much as I did. Still can’t get him to read La Belle Sauvage though, bahah.

The Immortals was one of my favorite and first forays into proper fantasy. I mean I read others but this was one of the first YA/Middle Grade, aside from Harry Potter. And also like HP, it is also one of the handful of series that I reread frequently. In fact I’m due for another reread but I have so many things to read this. year, we’ll see what happens haha. This quartet focuses on a girl named Daine who has wild magic. Her powers remain my favorite out of all the magical powers I’ve read about and that’s impressive. Not to mention Tamora Pierce just dominates at writing strong women, and Daine is no exception to being a strong female in Pierce’s writing-verse. And it’s a book where I love the couple. Yes, that’s right, me, the cynic.

Am I that predictable? Yes. Do I care? No. I was the generation that grew up with HP books coming out, doesn’t make me a bigger fan than anyone else, it just means that I had to deal with waiting for the books to come out, so really, the rest that discovered it afterwards are awesome for that reason haha. But no really, like anyone can, I discovered this as a child, in fact I read the first book when I was 11, I had refused to read it the first two years it was out because it was all my friends would talk about, but afterwards, I was hooked like everyone else. There’s still nowhere I would rather be than Hogwarts or Diagon Alley, or even the Burrow. They all feel like home to me.

There we have it, my top 5 for this week! Next top 5 will be Manga. And don’t be put off, these were the ones I read as YA and you can bet my Fantasy picks will be including so many more diverse books, I already know Descendant of the Crane will be a favorite, halfway through and it’s gripping and engaging and all around amazing!

hehehehe I’ve read HP and that’s it. While I own His Dark Materials, I haven’t read it yet, but I still really want to! Narnia and the Immortal series.. I don’t know. I’ve seen all the Narnia movies and I don’t like repetition so I’m not sure that series is for me.. But I do really want to read all books by Libba Bray! I’ve had those on my tbr for ages (help), now to remember not to delete them when I’m doing my down the tbr hole 😀

Ah the Narnia movies only do books 2-4, and not all of the books have the same children in them or even the same premise, but, I can see why you’d not want to read them 🙂 But yay! I hope you do get around to reading some Libba Bray and HDM!!! ❤

So the Narnia movies only cover books 2-4, and the premise doesn’t stay the same with the others in fact the reading order book 1 is SO different than the books with movies, and other books also don’t have the Pevensie children and The Horse and His Boy doesn’t have children from the real world at all! But, I totally get not wanting to read it, I can see what you mean about the repeition! I do hope you get to HDM or some Libba Bray and that you enjoy them! ❤

I’M SHOOK, I didn’t know the books were so different. Maybe I should add them to my tbr and read them never because I’ll never get to them anyway xD

That’s the spirit! (I mean at least that’s how I roll, my tbr is never going to finished, I know this and accept it lol)

❤ Gemma Doyle ❤
I have spent the better part of the last few weeks trying to convince my oldest to read the trilogy with me if she won't on her own. Oh well. She will see one day just what she was missing as we are fans of Narnia and HP ourselves.

It is a bit dark, but she’d probably like that more knowing your kid 😉 I still have books ready to send you all!

Great post! Harry Potter and The Chronicles of Narnia are forever classics like nothing can ever replace these two series because of the numerous memories attached to them while growing up!

I am really intrigued by His Dark Material series by Philip Pulman, I really want to read it I hope I get around reading it sooner rather later.

I get it, there’s so much in my tbr, but I do hope you read it and love it as much as I do when you do, if you hate it, I didn’t rec it lolol

i love libba bray so much!! im still reading the finale book but its easily a fave of mine

Yay! Ah so glad to hear that!

I completely agree with Harry Potter and His Dark Materials — such great series! I’ve only read a few books from the Narnia series, but they’re pretty good! The other two I haven’t read yet 😉

Haha but I mean do you need anything else after those two?

Great choices! Harry Potter is a pretty obvious one for me as well, so in Narnia.
I am currently reading Gemina and oh god, the Illuminae files are so great! They are surely going to make it to my favourite Fantasy books. Have you read them yet? If not, you should! That series is great.

oh hey I just started Gemma Doyle last month! to be quite honest I wasn’t overly impressed by the first book, but I can very clearly see why my younger self (and, for that matter, lots of other people) would love it. Narnia and HDM and Tamora Pierce and HP were such huge parts of my childhood/early adolescence … though I have to admit I haven’t finished Narnia either, and Immortals actually might be among my least favorite Tamora Pierce series? though to be fair, I prefer the Emelan/Circle of Magic cycle to Tortall, and Protector of the Small might be my default favorite of the Tortall books just because it was my first 😅

I enjoyed the Circle of Magic books and I have to say I think I read Protector of the small and was a bit too old for it when I did, still enjoyed it though!