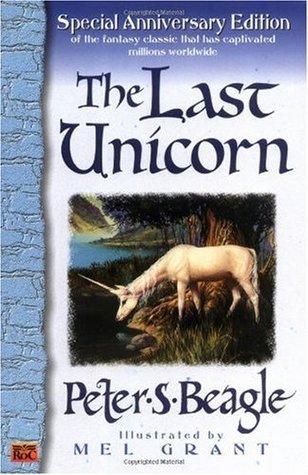 The unicorn lived in a lilac wood, and she lived all alone. So she ventured out from the safety of the enchanted forest on a quest for others of her kind. Joined along the way by the bumbling magician Schmendrick and the indomitable Molly Grue, the unicorn learns all about the joys and sorrows of life and love before meeting her destiny in the castle of a despondent monarch–and confronting the creature that would drive her kind to extinction…

Where do I start? This was such the perfectly written traditional fairytale and done in the sort of language that isn’t too flowery or ‘old’ for younger readers to enjoy. There’s a sort of whimsy that I just really enjoy in the old school style of fairytales, sometimes it’s just the plain brutality that makes me cackle, but in this case it was definitely the nostalgic feel of whimsy. Our last unicorn has a quest; to find the others, she wants to know if it’s truly possible to be the last unicorn and in this she gains a couple of travel companions, she faces the hardships of losing motivation, gains insight into what it is to be human, and eventually fulfills her quest.

That was such a long sentence…

The point is, is that it’s straight forward and simple, but it also still has compassion and love.

The ending always gets me in the movie and I’m so glad the movie ending wasn’t watered down as much as I had feared as I read this original ending.

Spawn and I enjoyed reading this together though the chapters were on the longer side, 5/5 cups of hot chocolate/coffee from us! Now onto the movie. 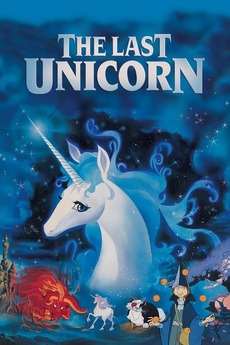 This is one of my favorite movies EVER. I’m such a huge fan of this cult classic. I’ve watched it SO. MUCH. Only a few movies really rival it, and most are also cult classics…very 80s oriented as well…aside from telling you all that I’m super old with this all, I’m also saying that reading the book after loving this movie so much was an event lol. But thankfully it was one that did not end with me realizing my movie was a pile of poo compared to the book. Also, every single time I watch this movie I get the few songs in it stuck in my head.

So happy to say that this remains a movie favorite for me after reading the book and then watching this…yet again! 5/5 cups of hot chocolate for me!

Both Equally Terrifying! Huzzah! *Goes to grab teddy bear and hide under covers*

5 replies on “The Last Unicorn: Film VS. Book”

All all movies I have watched, The Last Unicorn is the ONLY movie that has ever inspired me to read the book that it is based on. The book was very long but very meaningful. Both are incredibly high quality and have inspired me in my own writing.

Yes! I adore both so much and we were really excited to finally read the book as the spawn and I adore the movie