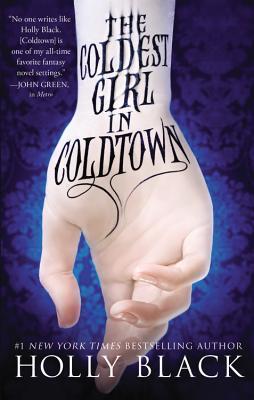 The Coldest Girl in Coldtown is a wholly original story of rage and revenge, of guilt and horror, and of love and loathing from bestselling and acclaimed author Holly Black.
Coldtown was dangerous, Tana knew. A glamorous cage, a prison for the damned and anyone who wanted to party with them.

Tana lives in a world where walled cities called Coldtowns exist. In them, quarantined monsters and humans mingle in a decadently bloody mix of predator and prey. And once you pass through Coldtown’s gates, you can never leave.

One morning, after a perfectly ordinary party, Tana wakes up surrounded by corpses. The only other survivors of this massacre are her exasperatingly endearing ex-boyfriend, infected and on the edge, and a mysterious boy burdened with a terrible secret. Shaken and determined, Tana enters a race against the clock to save the three of them the only way she knows how: by going straight to the wicked, opulent heart of Coldtown itself.

This is so good so far! I’m really enjoying it, though the quarantine stuff is just like, ugh what a time, 2020. 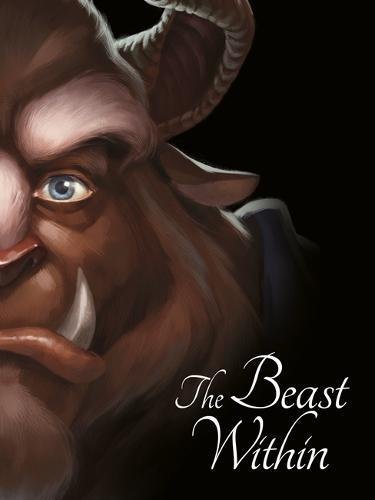 A cursed prince sits alone in a secluded castle. Few have seen him, but those who claim they have say his hair is wild and nails are sharp–like a beast’s! But how did this prince, once jovial and beloved by the people, come to be a reclusive and bitter monster? And is it possible that he can ever find true love and break the curse that has been placed upon him?

Finished reading this with spawn last night, it was an alright read! 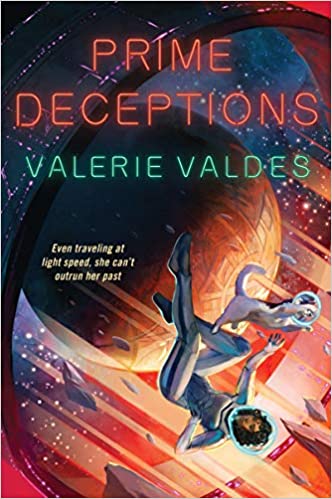 
The lovably flawed crew of La Sirena Negra and their psychic cats return in this fast-paced and outrageously fun science-fiction novel, in which they confront past failures and face new threats in the far reaches of space from the author of the critically acclaimed Chilling Effect.

Captain Eva Innocente and the crew of La Sirena Negra find themselves once again on the fringe of populated space—and at the center of a raging covert war. When Eva’s sister asks for help locating a missing scientist, promises of a big paycheck and a noble cause convince Eva to take the job despite lingering trust issues.

With reluctant assistance from her estranged mother, Eva and her crew follow the missing scientist’s trail across the universe, from the costume-filled halls of a never-ending convention to a dangerous bot-fighting arena. They ultimately find themselves at the last place Eva wants to see again—Garilia—where she experienced her most shameful and haunting failure.

To complete her mission and get paid, Eva must navigate a paradise embroiled in a rebellion, where massive forests and pristine beaches hide psychic creatures and pervasive surveillance technology. Can she find her quarry while avoiding the oppressive local regime, or will she be doomed to repeat past mistakes when her dark deeds come to light?

So excited to get to this one!! 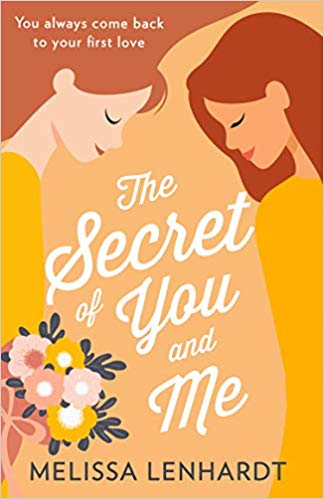 You always come back to your first love

Nora hasn’t looked back. Not since she left home, and her broken heart, far behind her. But now tragedy calls her back, where she must finally come face to face with ex-boyfriend Charlie, and best friend Sophie. Only now will she be able to confront her past―and reconcile her future.

Sophie seems to have everything. Married to Charlie, with a wonderful daughter and a successful career. Yet underneath that perfection lies an explosive secret. A secret that ripped through their town and destroyed her friendship with Nora. So when Sophie finds out that Nora has returned, she hopes Nora’s stay is short. The life she has built depends on it.

But first love doesn’t fade easily. Memories come to light, passion ignites and old feelings resurface. As the forces that once tore them apart begin to re-emerge, both Nora and Sophie must accept that true love is something worth fighting for.

I could not resist requesting this, a sweet sounding f/f story that releases on my bday? Count me in.