In an empire controlled by bone shard magic, Lin, the former heir to the emperor will fight to reclaim her magic and her place on the throne. The Bone Shard Daughter marks the debut of a major new voice in epic fantasy.

The emperor’s reign has lasted for decades, his mastery of bone shard magic powering the animal-like constructs that maintain law and order. But now his rule is failing, and revolution is sweeping across the Empire’s many islands.

Lin is the emperor’s daughter and spends her days trapped in a palace of locked doors and dark secrets. When her father refuses to recognise her as heir to the throne, she vows to prove her worth by mastering the forbidden art of bone shard magic.

Yet such power carries a great cost, and when the revolution reaches the gates of the palace, Lin must decide how far she is willing to go to claim her birthright – and save her people.

One of my most anticipated reads of 2020, and not only was Nazia from Orbit amazing enough to send me an ARC but I also slid into the tour, so, twice as excited and I started it and it’s amazing so far!!!

I am actually starting this tonight but I’ll stick it on the current reads anyway, I’ve been really wanting to read this and I’m excited to start my next nonfiction read! 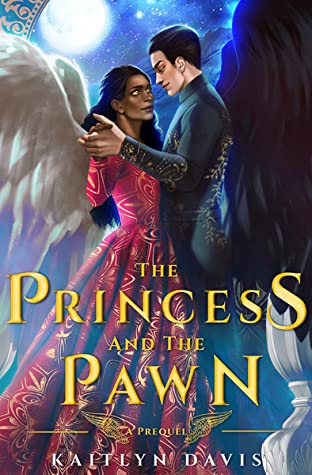 A princess longing to be free. A bastard aching to belong. Fate brought them together, now destiny will tear them apart…

Don’t miss this prequel novella to The Raven and the Dove, an avian-inspired fantasy retelling of Tristan and Isolde perfect for fans of Sarah J. Maas, Sabaa Tahir, and Leigh Bardugo!

Taking place the day before book one of the series begins, The Princess and the Pawn follows two of the four main characters—Lyana, the dove princess, and Rafe, the bastard born raven—as they prepare for the upcoming courtship trials, in which the royal heirs of all the avian houses compete for mates.

**Sign up for the author’s newsletter to get this free prequel novella.**

In prep for reading the eARC of The Hunter and the Mage, I went back and read this cute and nice little prequel for the day before The Raven and the Dove starts! I’m so excited to jump back into this world especially after where book 1 ended!! 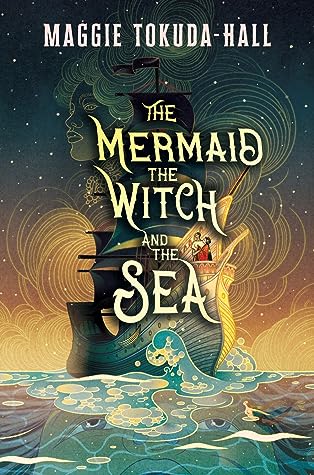 A desperate orphan turned pirate and a rebellious imperial daughter find a connection on the high seas in a world divided by colonialism and threaded with magic.

Aboard the pirate ship Dove, Flora the girl takes on the identity of Florian the man to earn the respect and protection of the crew. For Flora, former starving urchin, the brutal life of a pirate is about survival: don’t trust, don’t stick out, and don’t feel. But on this voyage, as the pirates prepare to sell their unsuspecting passengers into slavery, Flora is drawn to the Lady Evelyn Hasegawa, who is en route to a dreaded arranged marriage with her own casket in tow. Flora doesn’t expect to be taken under Evelyn’s wing, and Evelyn doesn’t expect to find such a deep bond with the pirate Florian.

Soon the unlikely pair set in motion a wild escape that will free a captured mermaid (coveted for her blood, which causes men to have visions and lose memories) and involve the mysterious Pirate Supreme, an opportunistic witch, and the all-encompassing Sea itself.I couldn’t help myself when my local comic shop announced they had a copy of this coming in, nostalgia flooded me, I snagged it, and I read it that same day. This edition has the first two volumes in it and it was so great to read this again!

This was an interesting read, I loved the writing style and the dark whimsical feel, but, unfortunately the romance for me didn’t really stick. Still! I enjoyed it and was glad to have read it! 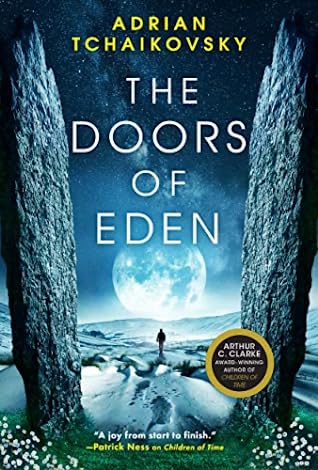 Lee’s best friend went missing on Bodmin Moor, four years ago. She and Mal were chasing rumours of monsters when they found something all too real. Now Mal is back, but where has she been, and who is she working for?

When government physicist Kay Amal Khan is attacked, the security services investigate. This leads MI5’s Julian Sabreur deep into terrifying new territory, where he clashes with mysterious agents of an unknown power ­who may or may not be human. And Julian’s only clue is some grainy footage ­– showing a woman who supposedly died on Bodmin Moor.

Khan’s extradimensional research was purely theoretical, until she found cracks between our world and countless others. Parallel Earths where monsters live. These cracks are getting wider every day, so who knows what might creep through? Or what will happen when those walls finally come crashing down…

Switching from the audiobook really did the trick on this one, I loved it and thought it was one of the best scifi books I read as far as science research and creativity went! 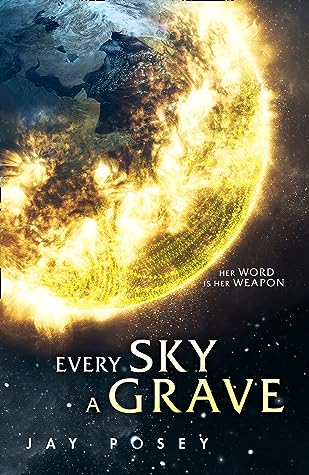 HER WORD IS HER WEAPON.

Mankind has spread out and conquered the galaxy by mastering the fundamental language of the universe. With the right training, the right application of words, truth itself can be rearranged.
Language is literally power.

For if a planet deviates too far from what the authorities plan, an agent is sent out to correct that. To quietly and with great skill, end that world.

One such agent is Elyth – a true believer.

But on a clandestine mission to stop an uprising before it can truly begin, Elyth comes to realise she hasn’t been told the whole truth herself. There’s so much she doesn’t know. How can there be people whose truth is different to that of the authorities?

Elyth’s faith in the powers that be is shaken just when she needs it most. While on her mission, a dark and unknown presence makes itself known at the edges of the galaxy – and it cannot be controlled, for nobody knows its name…

For fans of Anne Leckie and Star Wars comes an explosive and ambitious story about the power of words set far in the future, far away – but with a message about truth that hits home.

I got sent the NetGalley widget for this and it sounded pretty awesome, so, I’m giving it a shot next!

They are each other’s fiercest love, greatest danger, and only hope.

Severin and his team members might have successfully thwarted the Fallen House, but victory came at a terrible cost — one that still haunts all of them. Desperate to make amends, Severin pursues a dangerous lead to find a long lost artifact rumored to grant its possessor the power of God.

Their hunt lures them far from Paris, and into the icy heart of Russia where crystalline ice animals stalk forgotten mansions, broken goddesses carry deadly secrets, and a string of unsolved murders makes the crew question whether an ancient myth is a myth after all.

As hidden secrets come to the light and the ghosts of the past catch up to them, the crew will discover new dimensions of themselves. But what they find out may lead them down paths they never imagined.

A tale of love and betrayal as the crew risks their lives for one last job.

I totally loved The Gilded Wolves and now I NEED to read this and find out what happens in book 2! BRING IT!!