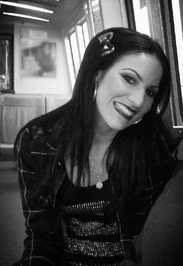 Cynthia Austin lives in Northern California with her
husband, two boys, and Olde English Bulldogge named Count
Dogula. They love all things horror, gothic, and Victorian
which prompts her friends to dub them as “The Adams
Family.”

She is an avid reader who may be slightly obsessed with
music. She hears music in a way that she believes the
artist intended it to be heard: visually, with a storyline
that follows. Listening to the songs by her favorite
artists, she was inspired to write her first series titled
“The Pendant.”

Cynthia has been published twice in The Writer’s Monthly
Magazine as well as the online news site, Yahoo!
Voices. She currently attends Diablo Valley College, in
Pleasant Hill, California, where she is working to achieve
her degree in English.

1. So first of all, the world is a bit crazy this go-around of Indie Spotlight, have you had time to start any new writings? Read any good books lately?
I have started co-writing a dystopian romance with Rachael Tamayo. When we began this project, it was just a futuristic work of fiction, but now, looking at our current situation . . . the story isn’t so far-fetched anymore!
2. What’s something that helps with your writing process? Any certain playlists or maybe a certain time of day that helps to spur you along?
All of my writing is done with music. I have Spotify playlists that coincide with all of my stories. Currently, the band providing my inspiration is an act called Chiodos. The band was named after the brothers who produced the movie, Killer Klowns from Outer Space, and their music provides just as much theatrics as the 80’s horror movie did. It’s the perfect inspiration needed to formulate the twisted, murderous characters I have been writing about.
3. Did you always want to be an indie publisher, or did you ever consider traditional publishing?
Of course, I have considered a traditional publisher. Any author who tells you differently is lying. Who wouldn’t want to be published by one of the big 5’s? The trouble is gaining access. In order to secure a deal with a decent publisher, you have to secure an agent. An agent isn’t interested in you unless they’ve already heard of you. So where does that leave most of us? In the indie publishing arena all hoping that our work will pique the interest of a well-connected agent that will miraculously reach out to us with a movie deal to die for!
4. What was the inspiration for Tainted Luck?
I believe the inspiration started the same way all of my books do. With My Chemical Romance’s Three Cheers for Sweet Revenge. It’s a concept album telling a story of two lovers who couldn’t be together in life so they made a suicide pact so they could be together in the afterlife. The man went through with it, the woman didn’t. The man comes back to seek revenge on his lover for sending him to hell alone. With all stories, they develop a life of their own and turn into something completely unexpected. Tainted Luck may have started with that idea, but it morphed into a story of its own.
5. Who is your favorite character to write? And who is the most difficult to write for?

My favorite character to write is Ezra from A Penny’s Worth. He has a lot of depth to him and even though he’s a terrible man, he has moments of vulnerability which make him relatable to everyone. He literally makes you hate him one minute, and the next you’re crying for him. He’s misunderstood and shows a touch of redeemable qualities.

6. If you were stuck in quarantine with your own characters, which ones would you want to be in quarantine with?
Adrian McAlister, he was written after My Chemical Romance frontman, Gerard Way which means he is super hot. Who cares that he lures women to their death?
7. What’s a writing project you haven’t gotten around to that you hope to write someday?
A Pied Piper themed story. I have the entire plot worked out in my mind, I just need to hunker down and write it. I think I have been putting it off so long because the main character is an old racist man and I just can’t get into his mindset right now.
8. Do you have any advice for aspiring writers?
Write! That’s the difference between a writer and an aspiring writer. One keeps their ideas inside of their head while the other puts them onto paper. Just remember, no one’s story comes out perfectly the first time. That’s what a rough draft is for. And a draft can always be edited and turned into magic, a blank page is just that . . . blank.
9. And finally, what is the thing you’d like readers to know most about your books?
Although they all have the element of romance, they are so much more than just a love story. There’s loss, philosophy and most importantly the afterlife discussed. I think they are stories a wide range of audiences would enjoy. 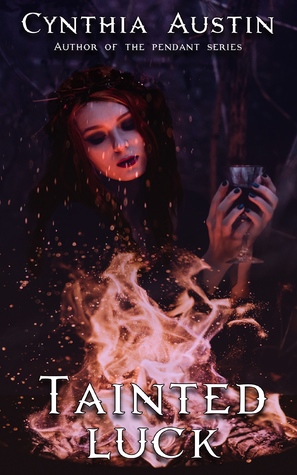 Levi Kast was content living his life in the shadows. He didn’t want much, just his dad’s attention and the girl of his dreams to notice his existence.

Instead, he got more than he had bargained for.

Taylor James was the new student at Kennedy High. She was eccentric, impulsive, Gothic and…dark.

She always got what she wanted, and she decided instantly that she wanted Levi Kast. He became her obsession.

Despite Levi’s initial response to retreat from her other world presence, he was eventually drawn to this girl and her obsession of death and ghosts.

But Taylor had skeletons in her closest, including a dead boyfriend, and before Levi could understand them, he found himself her next victim.

One reply on “Indie Spotlight #6”