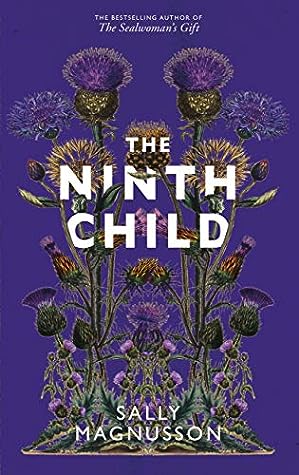 A spellbinding novel of a young doctor’s wife, Isabel Aird, struggling to make her childless life meaningful, unaware that the sinister Robert Kirke is watching her every move, by the Sunday Times bestselling author Sally Magnusson.

Loch Katrine waterworks, 1856. A Highland wilderness fast becoming an industrial wasteland. No place for a lady.

But Isabel Aird, denied the motherhood role society expects of her by a succession of miscarriages, is comforted by a place where she can feel the presence of her lost children and begin to work out what her life is for.

No matter that the hills echo with the gunpowder blasts of men tunnelling day and night to bring fresh water to diseased Glasgow thirty miles away – digging so deep that there are those who worry they are disturbing the land of faery itself.

New life is quickening within her again. While her husband is engaged with the medical emergencies of the construction site, Isabel can only wait.

But someone else is waiting too. The man in the dark coat, watching for the right moment with a huntsman’s eye . . .

By turns spellbinding and heart-pounding, The Ninth Child is set at a pivotal time in the Victorian era, when engineering innovation and new ideas flourished but women did not. Through the dual lens of history and folklore it captures a woman’s struggle to make her life matter, and a compromised man’s struggle with himself.

I loved the blend of folklore and historical fiction set in Victorian times, it gave a really nice contrast and depth to the story. Though it was enjoyable to read and had just enough hint of foreboding to keep you intrigued, the formatting was quite difficult to keep up with. There were times I had to go and reread sections because they switched POV in the middle of the paragraph.

I felt maybe the parts with Queen Victorian and Consort Albert were, in the end, unnecessary, yes they were fun to read but didn’t really enhance much.

I did enjoy the narration style and as I said, it was certainly an enjoyable read with a blend of folklore and Victorian presence.

Our Narrator is a witness and participant in these events so I really enjoyed that it was someone telling the tale, and when you find out who they’re telling the tale too, well, for me it was a really nice surprise. I actually smiled when it was revealed.

The story was just lacking that little something extra, maybe it’s because so much was going on, and some could have been taken out, but it didn’t grip me as much as I thought it was going to. Still, I think I would still recommend this to others who enjoy these sorts of books like myself. [Probably would rec. to anyone who enjoyed The Mercies]

Thank you so much to Netgalley and the Publisher for an eARC of this in exchange for my honest opinion, I look forward to reading more by Sally Magnusson. Three cups of coffee from me! This book came out on March 19!! So, it’s already out in the world!

Sally Magnusson is the eldest daughter of the Icelandic journalist and broadcaster Magnus Magnusson and the Scottish newspaper journalist Mamie Baird. She grew up in and around Glasgow in houses that were always filled with stories: the journalistic variety in which both parents were continually engaged; those hilariously told by her mother about her early life in working class Rutherglen; and those told by Magnus straight from the medieval Icelandic sagas which he spent much of her childhood translating from Old Norse into English.

Later she ended up as a newspaper reporter and then a broadcast journalist herself, delighting in fashioning other people’s experiences (and sometimes her own) into articles, programmes and non-fiction books.

Although brought up in Scotland, she has always felt profoundly connected to her other homeland, the small but fiercely proud northern nation of Iceland, in which her grandparents started their family before moving in 1930 to Edinburgh, where her grandfather Sigursteinn Magnusson opened an office to handle fish exports to Europe. Her first adult novel, The Sealwoman’s Gift, is set in Iceland in the seventeenth century.  In her memoir Dreaming of Iceland: The Lure of a Family Legend she traces – by way of several generations of her own family –  the country’s development from an impoverished, isolated colony of Denmark to the self-assured independent nation it is now.

She received the Glenfiddich Spirit of Scotland Award for Writing in 2014 and was shortlisted for the Saltire Literary Book of the Year Award for Where Memories Go, published in Iceland as Handan Minninga.

After living in the south-east of England for many years, she returned to Scotland in the mid-90s and now lives in the countryside north of Glasgow with her husband Norman and whichever of their children currently requires a roof.