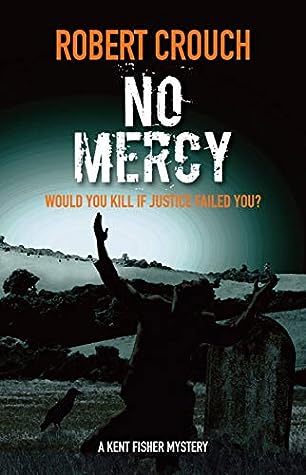 COULD YOU KILL IF JUSTICE FAILED YOU?

Highways Inspector, Derek Forster, couldn’t go on after the death of his wife. Even though he had a secret lover, he took his own life. Or did he?

Samson Capote, the restaurateur from hell, brutally attacked and left to die in a deep freezer. Did he antagonise too many people? Was he sharing Forster’s secret lover?

Millionaire entrepreneur, Clive Chesterton, falls from his yacht and drowns in Sovereign Harbour. Why did he have Forster’s missing journals in his cabin?

When Kent Fisher becomes a murder suspect, he realises he could be the next victim of a killer who shows no mercy.

Can Kent connect the deaths and solve the mystery before the killer gets to him?

Hey guys, so this is book 5 of the Kent Fisher Mysteries, but can easily be read as a standalone if you want, if not, Iw ould at least recommend reading book 4 which I’ve linked my review to for you all!

I really enjoy fun to read mystery series books, so, reading ‘No More Lies’ previously, I was really happy Robert Crouch asked me if I would like to read and review book 5!

Kent Fisher is an EHO [Environmental Health Officer] so he’s a bit of a different character for a sleuth! Writing up health and safety ratings for restaurants and catching murderers on the side, not to mention the man has an animal sanctuary as well. How cool is he?

Also, he has more personal drama than the telenovelas my Abuela would watch. Which always gives me some amusement.

Though I really had fun reading book four, I think this one did a better job with the mystery, I was on the edge of my seat trying to figure out who in the hell the person was that I thought had done it. Like I had a feeling I knew who did it, but the real question was, who they were in reality because it was like an expert game of cat and mouse and I won’t say more because I don’t do spoiler-y reviews.

So the mystery was better done this time for sure, and I really enjoyed Kent’s angle on solving it. There’s more conspiracy and intrigue to this round!

HOWEVER. I was still not impressed with his dealings with women. Now, granted, the drama is fun, but I think I would love to see him get knocked down a peg in the next book or so where his magnetic pull to women is concerned. Sometimes that did make me rather annoyed but not enough to want to stop reading it.  A bit like the issues I have with a certain Jim Butcher’s books. I love the mystery, just sometimes didn’t like the interactions between characters.

Overall, I am looking forward to the next one and thought this was a fun quick read. Thank you to Robert Crouch for a copy of this in exchange for my honest review.

One reply on “No Mercy eARC Review”