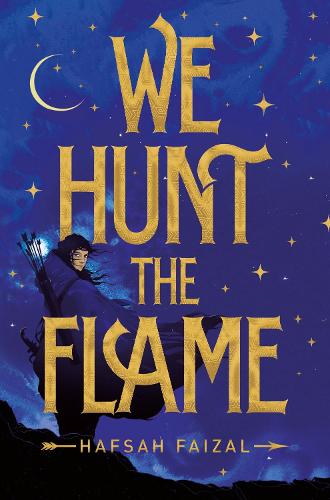 11 replies on “We Hunt The Flame eARC Review”

I’ve this to read and I can’t wait! Great review!

I think this book has become one of those love it or hate it reads. I’m not one who loved it but I’m glad you did! 🙂

This is simply an amazing review, Haley! I’ve been on the fence for this one because I have seen conflicting opinions, but if you enjoyed it I should at least check it out from the library someday.

Eeeeek I actually borrowed this one from my library a few weeks ago to read whilst I was volunteering there as it was pretty darn slow. But I started it and the world building was just *swoons* It’s just so good, I’m also intrigued to see where things go in the book since I’m… *scurries off to check what page she’s on* I’m on [age 71 but so far I’ve really loved it haha. Love the review Haley ❤

Aww I hope you love it, when you finish we can fangirl over it lol