**Thanks to Kelly from BookGlow for sending me these two copies to read and review, in exchange for my honest review** 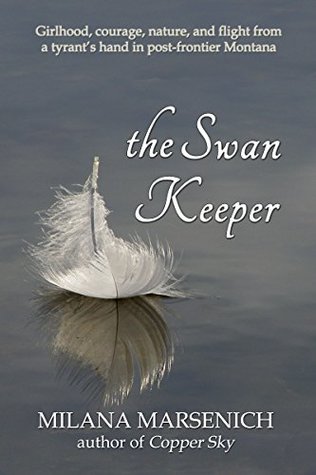 On her eleventh birthday, Lilly’s family visits the Cattail Marsh to see the newly hatched cygnets. The family outing turns tragic when Dean Drake shows up with his shotgun. Lilly sees him kill her father, injure her mother, and slaughter the bevy of trumpeter swans. The sheriff, her mother, sister, and best friend all think Lilly is trying to make sense of a senseless accident by blaming Drake. But Lilly knows the truth. Left alone she must bring him to justice.

“Author Milana Marsenich has penned a dramatic page-turner brimming with authentic detail. She knows this Montana countryside inside and out, her vivid descriptions capturing the spirit of the craggy Mission Mountains.”—Maggie Plummer, author of Spirited Away – A Novel of the Stolen Irish and Daring Passage: Book Two of the Spirited Away Saga

Lily’s 11th birthday was supposed to be one filled with the magic turning 11, after all  Nell, Pa, and sister Anna told her it was a magical age to be. Instead she witnesses her father and mother shot along with the swans her family loved so much. Her sister too far to witness the shooting or Lily trying to save the swans and no one believes her when she says she saw who shot them.

Using a bit of mysticism in the form of swans and a bit of spirituality, Marsenich brings to the table a rather beautiful coming of age tale. The story makes you feel as if you’re there breathing the air with Lily, soaking in Montana and the beauty of the trumpeter swans. I really enjoyed this so much more than I thought I would after reading the first chapter.

With no one believing her, her Pa dead, and her mother unavailable to the world let alone her daughters, Lily finds strength in taking care of Pearl a trumpeter swan. Along the way though she doesn’t give up in her determination to catch the man who killed her father, taking the matter of the law into her own hands.

Along the way Lily does get a little help but being 11 means that the adults just will not listen, and the magic of 11 seems like a thing of the past when her family was still whole, and unfortunately 12 doesn’t look any brighter with Dean Drake the murderer still on the loose. Why he’s killed her Pa and why her mother survived is a tale as old as time: jealousy.

Lily searches for clues, protects swans, and battles with the stubbornness of the Sheriff and the right just to be heard.

I did enjoy this but do remember that this had an element of spirituality that may not be to your liking. I wouldn’t say it was overpowering but I just want to to make sure it’s mentioned. 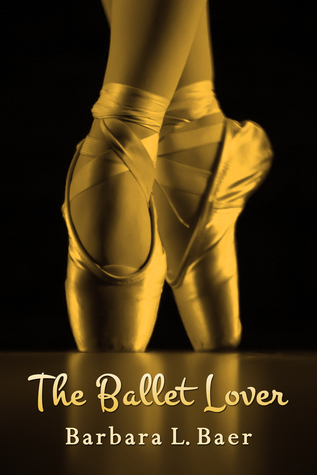 The Ballet Lover exposes the beauty and cruelty of ballet, the performances, the back stage moments, and the personal dramas of the famous ballet dancers Rudolf Nureyev and Natalia Makarova as seen through the eyes of an American female journalist.

Paris, 1970s: the orchestra plays the first ominous note of Swan Lake. In the audience sits Geneva, an American journalist and ballet lover, waiting for the heart-stopping beauty and seduction of the romantic duet to start, but instead she witnesses Rudolf Nureyev failing to catch his Russian partner Natalia Makarova, allowing her to fall with a crash upon the stage.

Geneva interprets the fall as an act of cruelty, a man with all the fame and power in the world brutally letting fall his delicate, wraith-like artistic partner. When other critics defend Nureyev and accuse Makarova of causing her own tumble, Geneva vows revenge on the page, creating havoc in her own career and discovering surprising parallels between herself and the fallen ballerina.

The Ballet Lover is a refined, mesmerizing, fictional account of two of the most celebrated dancers in the dance world, how one compromised the other, and how the drama on the stage often mirrors those played out in real life.

Geneva’s dedication to her writing is great and I love that this turn into a grand love story, her focus is writing about dancing. She holds fast to her opinion even when others disagree and I think that the ending of the story was perfect for her considering the bond she has with her Aunt.Baer mixes in tidbits of historical ballet facts with a novella that focuses on two ballet dancers in particular. Nureyev and Makarova.

The MC is the journalist who captures the feeling of the dancers on stage, watching the progress of the two dancers through out their careers. At the beginning of each chapter Baer gives us a snippet of a performance and though it doesn’t seem to add to the story itself as far as plot I feel it helps set the stage each time and those little snippets were my favorite part!

This is novella and not a fully fleshed out book, so that expectation could be kept in mind before diving in. It can easily be read in one or two sittings and if you enjoy ballet history I would recommend this.