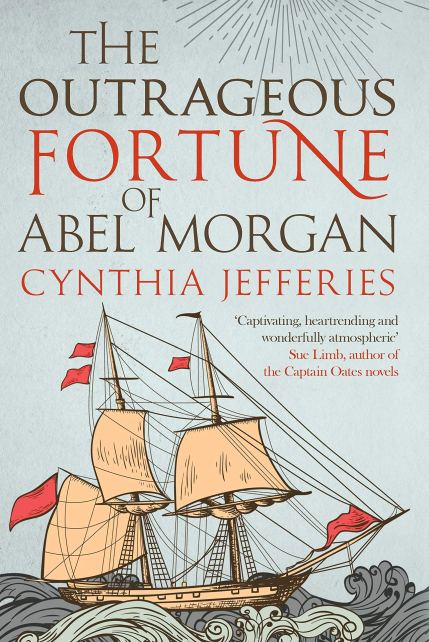 Synopsis: 1660, England. War is at an end, yet for Christopher Morgan his personal conflict rages on. Haunted by the tragic death of his wife, Christopher is desperate to escape the pain her memory brings, although looking into the eyes of his young son, Abel, he cannot help but be reminded of what he has lost. Over time, father and son develop a strong bond until they are callously torn apart when Abel is snatched by smugglers and sold overseas. From the shores of Constantinople to the coast of Jamaica, time and tide keep them apart. Christopher will sail across oceans to find Abel, never losing faith that one day they will be reunited, and, as the years pass, Abel will learn that fortune favours the brave.

Going to start off by saying that this was a really well-drawn out and plotted book, the pacing didn’t drag and the characters are so unique from each other. The plot and subsequent sea adventuring had a very Stevenson feel to it, I was transported back to Treasure Island in the whimsical and realistic writing style and I enjoyed that more than anything else.

While this is more about Abel when he gets older, it’s certainly just as much about his father and I have to say that Christopher was my favorite character in the novel. He had an array of emotions, prone to bouts of melancholy, and yet, there is a true kindness to him a lot of the times. He’s also proven to do whatever it takes to save his son, trying to track him down all the way to Constantinople! He finds himself along the way and redemption, never daring to seek forgiveness for past actions that haunt him but forced to face some of them along the way.

He is a man with certain morals and values and in my opinion the true hero of this story.

Another aspect I absolutely loved about Christopher was that he was bisexual, having an eternal love for his wife and well, I won’t spoil it for you, but also keeping another in his memory, a man yes, and a man that he often recalled on in his thoughts.

Abel doesn’t share as many as his father’s qualities, but he’s not to blame considering he was ripped away from his father and grew up under very different circumstances. Unfortunately, I didn’t really find him sympathetic after he gave up his seafaring ways. He does not have the same gentleness, again he grew up differently and at the end, I suspect I was ‘team’ Turlough rather than team Abel. This doesn’t take away from the journey of Abel and the subsequent journey of his father and they both have such fascinating lives because of this tragedy set in motion when Abel was taken.

I give this four cups of coffee just for Christopher and seafaring adventures alone, and the love of a father and son ❤

Highlight for Marital Rape explanation/spoilers: I really didn’t like Abel after a scene of Marital rape, I’m not sure it added anything to the story which is why I did not give this five stars. My sympathy lay with Marie after that and after another certain tragedy and from then on I couldn’t find Abel to be sympathetic. I do understand that his wife was supposed to be viewed as manipulative but it just didn’t seem to fit the rest of this really wonderful story. 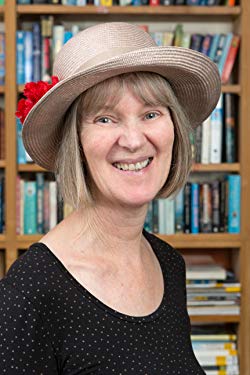 Cynthia Jefferies is a long-established writer for children, whose work has been
translated into more than a dozen languages. She was born in Gloucestershire
and her love of history was encouraged by regular family outings to anything of
interest, from great cathedrals to small museums. Having moved to Scotland
and back to Stroud, she has always made time to write and her abiding interest
in Restoration England has never left her. The Outrageous Fortune of Abel
Morgan is her first historical novel for adults.

The Rest of the Tour Schedule