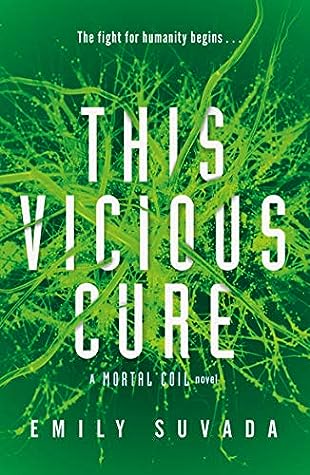 Two factions at war.
A plague that can’t be stopped.
A cure that could destroy them all…

Cat’s hacking skills weren’t enough to keep her from losing everything – her identity, her past, and now her freedom.

Meanwhile, the person who’s stolen everything from her is close to realizing a hacker’s dream: the solution to humanity’s problems in gene form. Or so she thinks…

But now a new threat has emerged – a threat that could bring the world to the brink of a devastating war.

Both sides will stop at nothing to seize control of humanity’s future, and that the centre of this war is Cat, and a race against the clock save millions of lives . . .

I’m not readyyyy also very slightly dipping into this as I’m awaiting for a buddy reader, so, just wanna peek at it.

When Rin aced the Keju—the Empire-wide test to find the most talented youth to learn at the Academies—it was a shock to everyone: to the test officials, who couldn’t believe a war orphan from Rooster Province could pass without cheating; to Rin’s guardians, who believed they’d finally be able to marry her off and further their criminal enterprise; and to Rin herself, who realized she was finally free of the servitude and despair that had made up her daily existence. That she got into Sinegard—the most elite military school in Nikan—was even more surprising.

Because being a dark-skinned peasant girl from the south is not an easy thing at Sinegard. Targeted from the outset by rival classmates for her color, poverty, and gender, Rin discovers she possesses a lethal, unearthly power—an aptitude for the nearly-mythical art of shamanism. Exploring the depths of her gift with the help of a seemingly insane teacher and psychoactive substances, Rin learns that gods long thought dead are very much alive—and that mastering control over those powers could mean more than just surviving school.

For while the Nikara Empire is at peace, the Federation of Mugen still lurks across a narrow sea. The militarily advanced Federation occupied Nikan for decades after the First Poppy War, and only barely lost the continent in the Second. And while most of the people are complacent to go about their lives, a few are aware that a Third Poppy War is just a spark away . . .

Rin’s shamanic powers may be the only way to save her people. But as she finds out more about the god that has chosen her, the vengeful Phoenix, she fears that winning the war may cost her humanity . . . and that it may already be too late.

In 1893, there’s no such thing as witches. There used to be, in the wild, dark days before the burnings began, but now witching is nothing but tidy charms and nursery rhymes. If the modern woman wants any measure of power, she must find it at the ballot box.

But when the Eastwood sisters–James Juniper, Agnes Amaranth, and Beatrice Belladonna–join the suffragists of New Salem, they begin to pursue the forgotten words and ways that might turn the women’s movement into the witch’s movement. Stalked by shadows and sickness, hunted by forces who will not suffer a witch to vote-and perhaps not even to live-the sisters will need to delve into the oldest magics, draw new alliances, and heal the bond between them if they want to survive.

There’s no such thing as witches. But there will be.

Finally read this and have absolutely no regrets! Now, to try and write a review for it lol 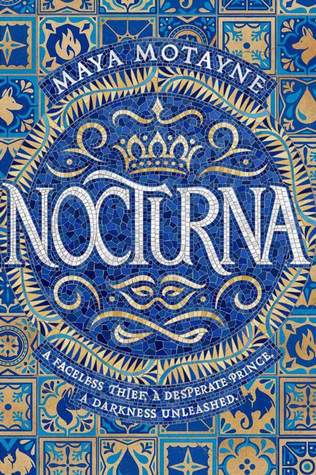 To Finn Voy, magic is two things. The first: a knife to hold under the chin of anyone who crosses her. The second: a disguise she shrugs on as easily as others pull on cloaks. A talented shapeshifter, it’s been years since Finn has seen her own face, and that’s exactly how she likes it. But when Finn gets caught by a powerful mobster she’s indebted to, she’s forced into an impossible mission—steal a legendary treasure from the palace or lose her shapeshifting magic forever.

After the murder of his older brother, Prince Alfehr is first in line for the Castallan throne. But Alfie can’t help but feel that he will never live up to his brother’s legacy. Riddled with grief, Alfie is obsessed with finding a way to bring his brother back, even if it means dabbling in forbidden magic.

In a cruel twist of fate, Alfie’s best friend is nearly killed in the crossfire of Finn’s heist, and Alfie accidentally unlocks a terrible, ancient magic to save him—a magic, which, if not contained, will devour the world. Alfie and Finn race to vanquish what they have unleashed. But to do so, they each must contend with the darkness hiding in their pasts.

Set in a Latin-inspired kingdom based in part on the author’s own Dominican heritage.

Hoping to finally get to this book and knock it out for my #Startonyourshelfathon list and also this is for my #TheCoffeeReadathon tbr! 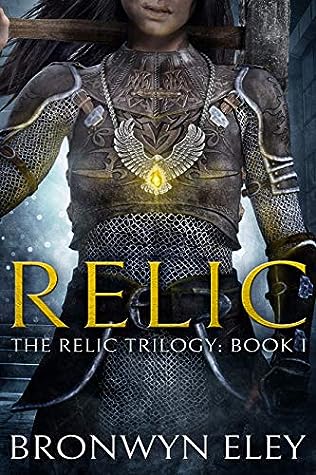 In the city of Edriast, there is no deadlier duty than to serve as the Shadow.

As the personal servant of the powerful Lord Rennard, the Shadow’s life is all but forfeit. Rennard possesses one of five rare and dangerous Relics – a jewel that protects his bloodline, but slowly poisons everyone else in its proximity. When the current Shadow succumbs to its magic, nineteen-year-old blacksmith Kaylan is summoned to take his place.

It’s an appointment that will kill her.

As the time Kaylan has left ebbs away, hope begins to fade… That is, until she discovers a plot to destroy all five bloodlines in possession of the Relics.

A rebel force plans to put an end to Rennard’s rule and Kaylan suddenly finds herself embroiled in a cause that might just be worth fighting for. But no cause is without its costs…

As her life hangs in the balance and rebellion bears down on Edriast, Kaylan must decide where her loyalties lie – and how she’ll leave her mark on the world.

Relic is the absorbing first novel in The Relic Trilogy, a thrillingly dark YA fantasy series from Talem Press.

Another  #TheCoffeeReadathon tbr pick and another book that has been on my [kindle] shelf for a while so it’s time to get this thing read!

These look like some wonderfully varied books! I’m trying to read more non fiction this year so will definitely be taking a look at The Silk Roads, thank you for sharing it. Happy reading! 📚❤️ X

*just sobs incoherently* — yes, this! haha pretty sure TPW sent me into a bit of a book hangover/slump because i just want to get back those feels… but i had to take a break before starting dragon republic 😂 happy reading!

THIS! VICIOUS! CURE! why am I not receiving screeching messages from you?!

I have such things to say to you about this book!