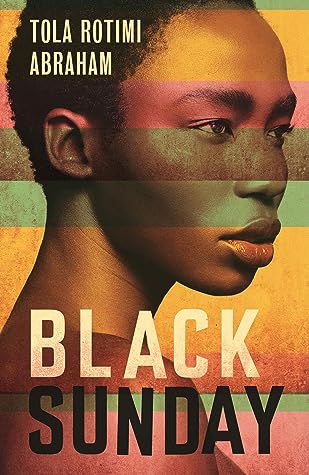 Twin sisters Bibike and Ariyike are enjoying a relatively comfortable life in Lagos in 1996. Then their mother loses her job due to political strife and their father gambles away their home, and the siblings are thrust into the reluctant care of their traditional Yoruba grandmother. Inseparable while they had their parents to care for them, the twins’ paths diverge once the household shatters: one embracing modernity as the years pass, the other consumed by religion.

[I would like to say that though this story does focus on the twin sisters Bibike and Ariyike, it is also a story about their younger brothers as well!]

This was beautifully written! I seriously could just talk about Abraham’s prose all day, but it would just me being like ‘it’s so lovely’ over and over again for the whole day.

While the prose is stark and gorgeous, it is not done in a sense to give you a flowing narrative.

The POV switches between the four siblings and is divided into sections, each chapter will be another sibling and it will usually be another year or two [or more] ahead from the last chapter.

The best way to think of it is more like a book of anecdotes of the siblings, almost like short stories rather than this cohesive narrative a lot of us come to expect in books.

I found this made it not only a unique read for me but it was a very nice change of pace, to read about a moment in someone’s life and to glimpse how it affects them at that moment before moving onto another point in time.

It helped to see why they may have chosen the paths they did, especially with the twin sisters.

Lagos is a country of folklore and a traditional way of life clashing against modernity and against Christianity. The struggle to find a place in a world with so many conflicting ways is hard, and harder yet for the twin MCs that Abraham gives us.

There was something melancholic to the sisters, in different ways but while I found Bibike to grow and become someone I admire, I felt rather sorry for Ariyeki in a way, not because she was in need of my pity, but, at the end of the day she seemed rather lonely. Still, she makes her choices, she holds her head up and she moves forward.

They’re both strong in their own ways, both love in their own ways, and they are what their past has made of them. With parents abandoning them and growing up with a grandmother who may not have always been sympathetic, they dug their own way into the world and lifted up their brothers with them.

The last section of the book doesn’t include the brothers but I imagine that has much to do with their geographical location in relation to the location(s) of their sisters. I felt it was fitting to have it done that way.

Overall, a gorgeous book of moments set in Lagos and full of heartache, faith, hope, and love.

4/5 Cups of coffee from me, and thank you so much to Canongate Books for a copy of this in exchange for my honest opinion as part of the tour.

The narration sounds very unique and the theme itself sounds deep and maybe a little heavy? Love your review and that cover is just beautiful! 🥺😍

It definitely was on the heavy side, thanks for commenting!! ❤