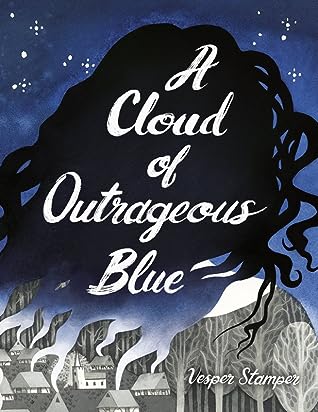 For fans of Fever 1793 comes the story of a young woman paving her own path and falling in love during the Great Plague of 1348, from the award-winning creator of What the Night Sings .

Edyth grew up in a quiet village with a loving family, before losing everything she holds dear in the blink of an eye. Suddenly sent to live in a priory and work with ancient texts, Edyth must come to terms with her new life and the gifts she discovers in herself. But outside the priory, something much worse is coming. With the reappearance of a boy from her past and the ominous Great Plague creeping closer and closer to the priory, it will be up to Edyth to rise above it all and save herself.

From the award-winning author-illustrator of What the Night Sings comes a new journey of self-discovery and love in the most uncertain times.

I couldn’t help myself, I wanted to see what this was like after reading the blurb and I’m really enjoying it so far!! Almost halfway through and the artwork is by far my fave part. 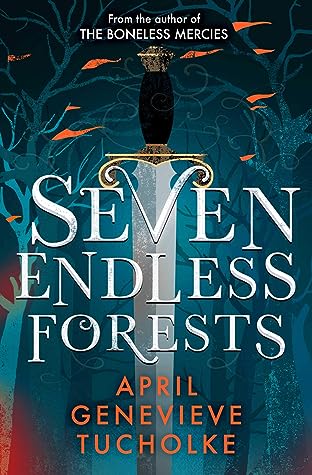 A bold and blood-hungry retelling of the King Arthur legend from the critically acclaimed author of The Boneless Mercies.

On the heels of a devastating plague, Torvi’s sister Morgunn is stolen from the family farm by Uther, a flame-loving wolf-priest who leads a pack of ragged, starving girls.

Torvi leaves the only home she’s ever known and joins a shaven-headed druid and a band of roaming Elsh artists known as the Butcher Bards. They set out on a quest to rescue Torvi’s sister, and find a mythical sword. On their travels, Torvi and her companions will face wild, dangerous magic that leads to love, joy, tragedy, and death. . .

Torvi set out to rescue a sister, but she may find it’s merely the first step toward a life that is grander and more glorious than anything she could have imagined.

I meant to get to this last month, but, eh, I didn’t. I’m not sure how I feel about it, it’s lovely prose but I’m still not invested in the characters yet. I’m hoping to be more connected soon though.

From the author of Gods of Jade and Shadow comes “a terrifying twist on classic gothic horror” (Kirkus Reviews) set in glamorous 1950s Mexico. “It’s Lovecraft meets the Brontës in Latin America, and after a slow-burn start Mexican Gothic gets seriously weird” (The Guardian).

After receiving a frantic letter from her newlywed cousin begging for someone to save her from a mysterious doom, Noemí Taboada heads to High Place, a distant house in the Mexican countryside. She’s not sure what she will find – her cousin’s husband, a handsome Englishman, is a stranger, and Noemí knows little about the region.

Noemí is also an unlikely rescuer: She’s a glamorous debutante, and her chic gowns and perfect red lipstick are more suited for cocktail parties than amateur sleuthing. But she’s also tough and smart, with an indomitable will, and she is not afraid: not of her cousin’s new husband, who is both menacing and alluring; not of his father, the ancient patriarch who seems to be fascinated by Noemí; and not even of the house itself, which begins to invade Noemi’s dreams with visions of blood and doom.

Her only ally in this inhospitable abode is the family’s youngest son. Shy and gentle, he seems to want to help Noemí but might also be hiding dark knowledge of his family’s past. For there are many secrets behind the walls of High Place. The family’s once colossal wealth and faded mining empire kept them from prying eyes, but as Noemí digs deeper she unearths stories of violence and madness.

And Noemí, mesmerized by the terrifying yet seductive world of High Place, may soon find it impossible to ever leave this enigmatic house behind.

Ahhhh I’m loving this so far! 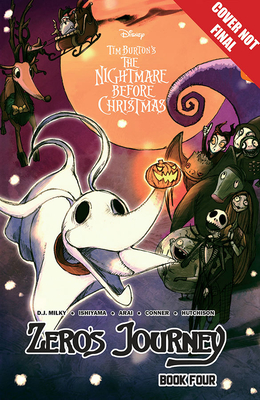 When Jack Skellington’s faithful pet Zero gets lost, the ghost pup must get the help of the residents of Christmas Town to find his way back. With Halloween plans on hold while Jack mounts a search, will they be reunited in time.

Awww this was adorable, I’m letting the spawn read it next, Zero’s still one of my fave animal companions ever. 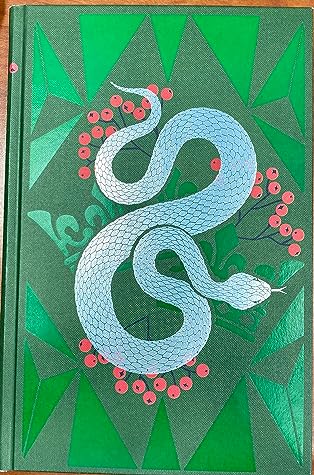 After being pronounced Queen of Faerie and then abruptly exiled by the Wicked King Cardan, Jude finds herself unmoored, the queen of nothing. She spends her time with Vivi and Oak, watches her fair share of reality television, and does the odd job or two, including trying to convince a cannibalistic faerie from hunting her own in the mortal world.

When her twin sister Taryn shows up asking of a favor, Jude jumps at the chance to return to the Faerie world, even if it means facing Cardan, who she loves despite his betrayal.

When a dark curse is unveiled, Jude must become the first mortal Queen of Faerie and uncover how to break the curse, or risk upsetting the balance of the whole Faerie world. 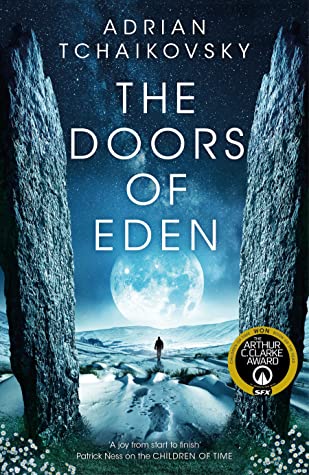 Lee’s best friend went missing on Bodmin Moor, four years ago. She and Mal were chasing rumours of monsters when they found something all too real. Now Mal is back, but where has she been, and who is she working for?

When government physicist Kay Amal Khan is attacked, the security services investigate. This leads MI5’s Julian Sabreur deep into terrifying new territory, where he clashes with mysterious agents of an unknown power ­who may or may not be human. And Julian’s only clue is some grainy footage ­– showing a woman who supposedly died on Bodmin Moor.

Khan’s extradimensional research was purely theoretical, until she found cracks between our world and countless others. Parallel Earths where monsters live. These cracks are getting wider every day, so who knows what might creep through? Or what will happen when those walls finally come crashing down…

I got the audiobook of this on NetGalley so, I’m so excited!!

Mexican Gothis is really popular this week. I hope you enjoy it.

Mexican Gothic is really popular this week. I hope you enjoy it.