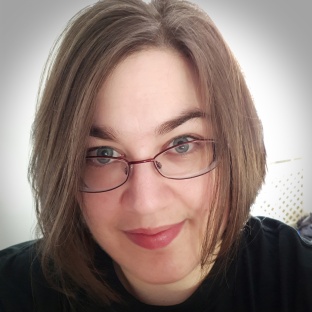 Chrissey Harrison writes varied speculative genre fiction. Books about monsters, magic, action and adventure, and fragile human characters trying to muddle through as best they can. Her short stories have featured in several anthologies; most recently Forgotten Sidekicks from Grimbold Books (Kristell Ink).

A science geek, gamer and fan of sci-fi, fantasy and horror, Chrissey wears many hats. Metaphorical hats, that is, not so much real hats. Mostly her writer hat, her graphic designer hat and her crafter hat. When she’s not working on her fiction she likes to make things – plushies, hand-bound books and random upcycled stuff.

She lives in Clevedon in a creaky old Victorian terrace with her partner and her 18-year-old goldfish, Ambition.

Hi Haley! Yes, things have been crazy. Suffice to say that a global pandemic was not in my book launch plan.

I like to have a writing “relaxation” project on the go for when I’m too busy or stressed to focus on one of my core projects. Something I can work on with no deadlines or goals in mind, and which is just for me to enjoy creating and exploring. Recently that’s been resurrecting a post-apocalyptic YA serial fiction I’ve had sitting dormant for a while.

Reading wise, I’ve been getting through more audiobooks because I can listen while I’m crafting or making things. In particular, Sarah Woodbury’s Gareth and Gwen Medieval Mysteries series. Murder and intrigue in 12th Century Wales!

Being somewhere that isn’t my house! Like a coffee shop or a library. I went on a writing retreat in South Wales in February, (just before the lockdown kicked in), which gave me a great boost in productivity and motivation. Any change of scene is good for putting me in the right frame of mind to concentrate and ignore distractions. As you can imagine, 2020 has been problematic!

In my opinion, it doesn’t have to be an either/or choice, but rather something you can decide on a project by project basis. That way you can combine traditional publishing, assisted and “solo” self-publishing, and web publishing, paid or unpaid, according to what you want to achieve with each piece.

I decided that trad publishing wouldn’t be the right way to go for Mime and the Weird News series, for several reasons, but I have other series that I will pitch to agents in the future. That YA serial project I mentioned earlier might end up being an online thing one day. Time will tell whether this strategy of diversification rather than sticking to one mode of publishing is genius or madness.

It’s a bit of a weird story.

Back in 2009, I was working on a short film with a group of friends. Terror of the Killer Carnivorous Coat (and yes, that’s coat with a C, not goat with a G). It’s about a possessed coat that eats people. You can watch it on Youtube!

Anyway, we were tossing around ideas for future projects featuring other possessed items of clothing, one of which was a pair of white mime gloves that gave the wearer the power to make invisible things real.

I wasn’t convinced that our amateur film making skills were up to realising the grand vision in my head, and we were also big into the idea of transmedia storytelling at the time (exploring one connected universe through different media), so I committed to turning it into a novel.

It was harder than I thought it would be!

My favourite character would have to be Liam. With Elliot and Sam (the MCs), I feel like they are mine, almost extensions of me, but writing Liam often feels like I’m channelling someone else. He does what he wants and I just write it down. Which is why between drafts he went from featuring in one scene as an informant to being a major side character; he just sort of wriggled his way in like an exuberant puppy.

The most difficult character to write was Detective Inspector Yates. He doesn’t get a lot of “on-screen” time in this book, and I didn’t do a good job of getting him across at first – something my beta readers helped me identify. I went away and did a lot of research and thinking to try to better understand him and the experience of being a police officer and a POC (I drew a lot of inspiration from the memoir of Michael Fuller). I was then able to figure out how to portray him more effectively in the short scenes he has. I’m looking forward to doing more with him in book two when he has a much bigger part to play.

Definitely not Elliot! He does not deal well with being cooped up and would be climbing the walls in a couple of days.

Sam would be great company. She’s always looking out for everyone else, making sure they have snacks and get enough sleep. Curling up on the sofa with a glass of wine and a movie is her idea of heaven.

I imagine Gabriel would spend most of his time reading and keeping out of everyone’s way, but he’d also have lots of stories share and we could have some deep philosophical discussions.

Liam’s a nurse and I’m not even entirely sure he can get sick, so he’d be working.

I have a million (or, okay, 97 at the last count) projects on my laptop, ranging from one-line ideas to half-completed novels. Starting things is not a problem, it’s finishing things I need to get around to!

The project I think I want to work on completing and querying once I’m further along with the Weird News series is a novel called “Imaginary”, which asks the question, “what if you were part of someone else’s imagination?”

It’s taken me 10 years to get to this point in my writing journey. There is a lot to learn and when you start out it’s not always clear how much. When it does become clear, it can be daunting and that’s when a lot of newbies get disheartened, give up or settle. So my advice is not to let that point in the learning curve break you. It means your getting there! Keep pursuing your dreams.

I write the kinds of characters I love to read: fragile humans muddling through as best they can and leaning on each other for support and strength.

You won’t find macho alpha males or stone-faced warrior women in my stories (sorry, not sorry!). The guys in my books tend to be geeky and emotional and rely on their wits. The girls are vulnerable but brave and their strength comes from compassion. After all, real courage is about trying even when you aren’t the best, the strongest, or the chosen one. 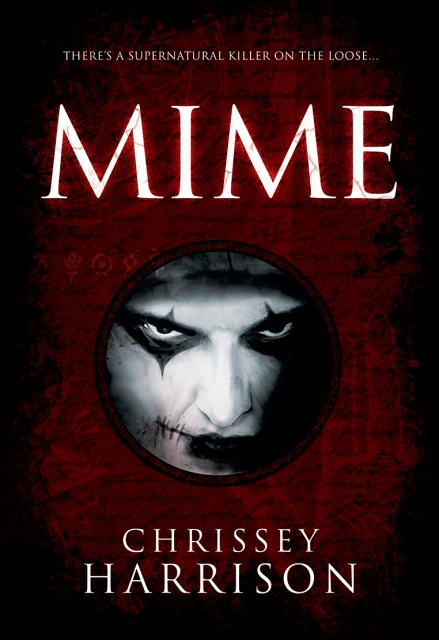 There’s a supernatural killer on the loose…

Elliot Cross didn’t believe in monsters. At least, not until his brother died at the hands of something unnatural.

Four years later and a string of impossible deaths leave the police baffled. Consumed by a desire to shine a journalistic light on the supernatural world, Elliot sees a chance to make a difference. Enlisting the help of his (only) employee, Samantha, he quickly identifies the culprit – a demonic mime artist whose invisible creations are fatally real.

Way out of his depth, Elliot’s only hope is renowned demon hunter Gabriel Cushing. But tracking down Gabriel is only the beginning… The search for a way to end the demon forever will take Elliot and Sam across the country, uncovering lost history, buried secrets, and a few new truths about themselves.

One reply on “Indie Spotlight #7”