So today I’m giving you not on my review of The Crow Rider, releasing next month, but the review for the first book in the Duology as well, The Storm Crow. I’ll start off with the first one and work on to the main feature, The Crow Rider!

I’ll start off by saying that my review of this could be biased due to my own experience with mental health.

Does this book’s plot bring anything new and amazing to the table as far as fantasy concepts go?

Does this book highlight mental health in the most positive way I’ve seen yet while still giving me a solid fantasy?

I could connect with Anthia so much because of this, it’s a slow-moving story to start in a lot of ways due to its focus on her and handling her depression.

The story is beautiful and raw and Josephson normalizes Thia’s depression in a way that doesn’t smooth it over or constantly portrays Thia as a victim.

Anthia’s torn between juggling herself after the trauma that’s changed her life and the possible trauma that has yet to occur in the marriage of her to the son of the one who caused so much pain.

I also was surprisingly in Prince Ericen’s corner from the start, I know what it’s like to be an a**hole to cover the pain inside lol so maybe I connected with him in more ways than I would have cared to admit! The toxic relationship between him and his mom is just heartbreaking.

I really enjoyed the storyline and the concept of the crows and their magic. I now want to become a crow rider, though, I don’t see that happening unless I shrink to the size of Thumbelina in our nonmagical world lol.

Josephson did a lovely job of worldbuilding and character development because even when Anthia is not in the midst of an episode of depression she still carries it with her, it doesn’t get ‘magicked’ away and I found that to be such an important factor.

Our evil queen is most decidedly evil, but I suppose even she has her story but I do like that Josephson didn’t use that as an excuse for the Queen’s behaviour and the relationships between Anthia and her sister and friends felt so natural and real.

The pacing picks up as the plot moves forward and I loved the ending, definitely made me want to jump right into book 2 which I was lucky enough to do exactly that!

As my focus is on the sequel, I’ll end my review for book one here and move on! 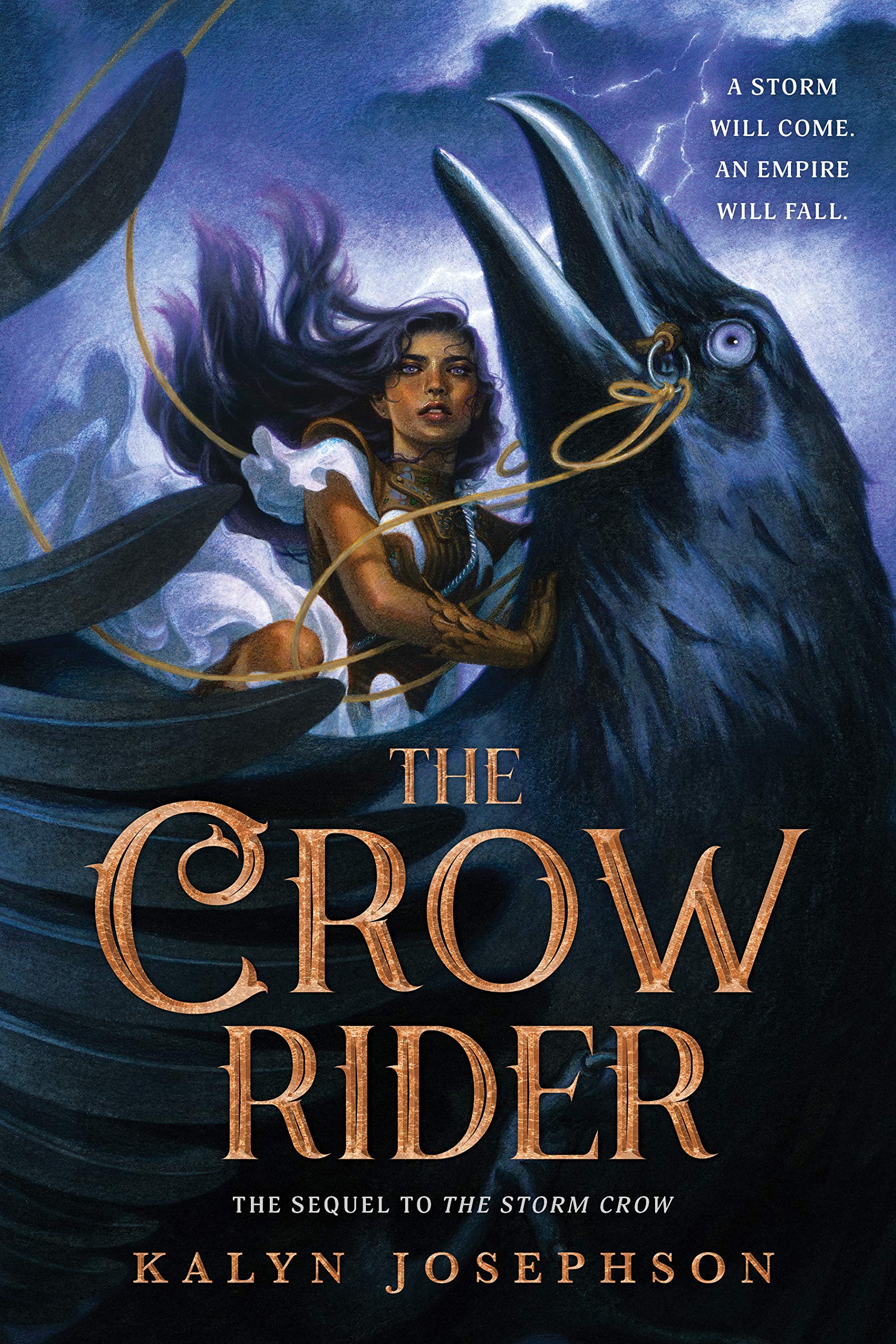 Picking up right where The Storm Crow left off, I was happy to sail the ‘high seas’ with Anthia for a bit. She’s growing on this dangerous mission, her development shining through in this book, and I loved it all the more for once more never curing her magically of her depression, it exists, it lingers, it is ever in the background and that made me love the book nearly just as much as the first one.

There’s certainly faster pacing and more action in this second book of the duology, and I appreciated that after the dangerous sort of court espionage in book one.

Anthia and Ericen’s shift in their interaction was also basically everything my little heart wanted, I loved that Ericen was given yet another chance by Anthia to show that he could be a friend and that he was better than his mom and willing to prove that.

One thing that had me score this book half a cup less than book one was actually Kiva!

Though I love her best friend relationship with Anthia and the support she gives her friend, it was a bit of a toxic friendship for me in this one. She was so protective that it turned into an overprotectiveness that made me feel that it leaned ALMOST toward controlling.

I understand wanting to protect the people you love but it was showing a lack of trust in Anthia’s decisions every time Kiva undermined Anthia’s choices about Ericen.

The battle scene(s) were done really well, and once more I am a fan of Josephson’s writing style! [If you didn’t enjoy her style in the first, I wouldn’t say it changes in this book, it’s just a shift in focus onto more battle/war as the first book was a bit of a lead up to it]

Res was also hands down my favorite character in the books and my favorite animal companion possibly ever lol.

I definitely had a hard time putting this book down and each time it got intense, well, I was actually sitting up and gripping my kindle for dear life lol.

Josephson always deals with more mental health issues, also taking a look at those who suffer from PTSD and anxiety from their own traumas.

I seriously loved what she did to my favorite science ‘nerd’ but I’ll leave his arc and development for you all to find out as I don’t want to spoil anything.

It was an emotional read like the first, just in different ways and the ending was really gratifying for me to read.

Overall basically as good as the first [or as bad depending on how you felt about book one!] and I look forward to giving this duology a few rereads along the way.

4.5 cups of coffee from me!! Thank you to Sourcebooks Fire and NetGalley for the eARC in exchange for my opinion.

Kalyn Josephsoncurrently works as a Technical Writer in the tech industry, which leaves room for too many bad puns about technically being a writer. Though she grew up in San Luis Obispo, California, she graduated from Santa Clara University with a degree in Biology and a degree in English (Creative Writing). Currently, she lives in the Bay Area with four awesome friends (because it’s the Bay Area and she’d like to be able to retire one day) and two black cats (who are more like a tiny dragon and an ever tinier owl). THE STORM CROW is her debut novel.