Dan Vyleta’s SOOT welcomes us into a world in which your sin is visible, rising from the body as a plume of Smoke. It’s 1909, and desire has become a language, with bodies speaking to one another in many-coloured Smoke. There are those who celebrate this whisper of skin to skin, and those who wish to silence it forever.

Enter Eleanor, a young woman with a strange power over Smoke and niece of the Lord Protector of England. Running from her uncle and home, she finds shelter in a New York theatre troupe.

Then Nil, a thief hiding behind a self-effacing name. He’s an orphan snatched from a jungle-home and suspects that a clue to his origins may lie hidden in the vaults of the mighty, newly-risen East India Company.

And finally Thomas, one of the three people to release Smoke into the world. On a clandestine mission to India, he hopes to uncover the origins of Smoke and lay to rest his doubts about what he helped to unleash.

SOOT is a story that crosses continents – from India to England’s Minetowns – these three seek to control the power of Smoke. As their destinies entwine, a cataclysmic confrontation looms: the Smoke will either bind them together or forever rend the world.

You give me a book that’s Dystopia set in Edwardian times with a Dickensian vibe, and I am all there for it. This book checked off all of those, but, I didn’t realize it was a sequel! [Mostly because I’m oblivious, so, that fault is my own]

Luckily you don’t need to have read the first book to read this one, they work as independent or connected novels, he gives you just enough of the back story that it’s not necessary to have read Smoke though I have now added it to my TBR anyway because I’d love to read it after reading this novel.

Seeing the reviews, and the size of this book, I wondered if I hadn’t made a mistake, I was hesitant on how I was going to get through it but finally I knew I had to just start it…

All the worrying was for nought. Firstly as far as size goes, yes it’s a bit chunky but Vyleta divides it into five parts. 5 ACTS to be specific. In fact, he has wonderfully and creatively formatted this story to shadow that of a play. The five acts, the chapters being divided into scenes, the setting of the ‘stage’ with each new act and the description of actors doing what the characters in the books are, I loved that all.

This work is dense, it is heavy, but it was fascinating, you felt as if this was a mashup between Dickens’s novels and Pullman’s ingenious world ideas from His Dark Materials.

The smoke was what reminded me of Pullman’s works, the new idea that hadn’t been done before, the world being like ours but different enough that it captivates you like this is all a new and fascinating place.

It was like Dickens’s novels in that they are heavy and wordy, but, I tend to like that, so that was not an issue for me, I think it helped to immerse you. It was as if you were reading a novel written in the time this was based in [or before].

Not to mention, just feel we don’t have enough Edwardian set books with fantasy so this was a high plus on my list.

People smoke, they have different colours, tastes, smells, all based on their emotions/desire/rage, and that was SO unique. Not to mention this is something that wasn’t always the case, that this smoke was actually a disease and that it has been in some cases welcomed as a new way to progress in society, to embrace the smoke. A+ for creativity in that. It’s an Edwardian, Dystopian, Scifi, Fantasy riddled with personal stories of those characters most affected by the smoke/choices of those concerning the smoke.

The cast of characters is widely varied in personalities and purposes, but they all tend to eventually weave together, so that was such an interesting thing to see progress. I suppose Eleanor was my favourite, though I found Smith absolutely attention-grabbing, any scene he was in, I just wanted to know more about him.

We have characters from the first book meeting the consequences of their choices, or choices others have made for them, we have some things answered that people who read the first book are probably happy to know, and we have the culmination of several events come to a head with a really satisfying ending.

Overall, I really enjoyed reading this, I just felt it perhaps could have been a little shorter, that the density might intimidate people, but, it is truly worth the read if you find yourself intrigued by it/my review of it.

3.5 huge cups of coffee from me, thank you to Compulsive Readers Tours and the Publisher for a copy of this in exchange for my honest opinion. 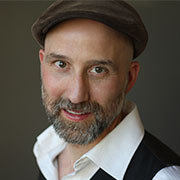 Dan Vyleta is the author of four previous novels: Pavel & I, which gathered international acclaim and was translated into eight languages, The Quiet Twin, which was shortlisted for the Rogers Writers’ Trust Fiction Prize, The Crooked Maid, which was a finalist for the Scotiabank Giller Prize and winner of the J.L. Segal Award, and the critically-acclaimed Smoke.

His is the son of Czech refugees who emigrated to Germany in the late 1960s.  After growing up in Germany, Dan left to attend university in the US, where he completed a PhD in History at King’s College, London.

He lives in Stratford-upon-Avon.

One reply on “Soot – Blog Tour”

I love the cover but it does sound big and intimidating! I would be willing to give ti a go though, because I like the idea of a dystopia in a Dickens kind of style. Although I guess the author stayed true to Dickens by making it a huge and maybe too dense book as well 😛