GoodReads:A heart-wrenching, life-affirming novel about a 12-year-old boy who is the sole survivor of a deadly plane crash

One summer morning, a flight takes off from New York to Los Angeles. There are 187 passengers aboard: among them a Wall Street millionaire; a young woman taking a pregnancy test in the airplane toilet; a soldier returning from Afghanistan; and two beleaguered parents moving across the country with their adolescent sons. When the plane suddenly crashes in a field in Colorado, the younger of these boys, 12-year-old Edward Adler, is the sole survivor.

Dear Edward recounts the stories of the passengers aboard that flight as it hurtles toward its fateful end, and depicts Edward’s life in the crash’s aftermath as he tries to make sense of the loss of his family, the strangeness of his sudden fame, and the meaning of his survival. As Edward comes of age against the backdrop of sudden tragedy, he must confront one of life’s most profound questions: how do we make the most of the time we are given?’

I know you shouldn’t judge a book by its cover, but this Arc was, quite frankly, gorgeous. You’ll see a picture of it up on my bookstagram with a mini version of this review. But, I can happily say the insides matched the outside of this novel; beautiful inside and out.

This is a coming of age tale that includes a ‘coming to life’ tale as well.

Eddie is the only person to survive the plane crash that took the lives of 191 others, passengers and crew on a field in Colorado.

Left to deal with the aftermath, both physical and emotional, Eddie becomes Edward and now lives with his Aunt and Uncle in New Jersey.

The problem is that Edward cannot seem to figure out how to live, he is a survivor, a sole survivor, and living is not the same as surviving or just existing as he seems to be doing the longer time goes by and people forget that he’s still a survivor of a tragedy, no matter the amount of time that has passed.

Edward is having to grow up and live all at once, but what will help him learn to do all of that?

It’s a melancholy tale, with an inspiring message of hope and love interwoven in. Edward finds support in places he least expected, a neighbour who becomes a best friend, his principal, and his Aunt and Uncle. It’s heartwarming to know what a good listener, a silent companion [his aunt and he watching General Hospital together], someone watching your back, and a few ferns can do to help you pick your life up again.

This was an emotional and inspiring tale for me, I definitely got teary-eyed as to me Edward’s grief felt real and raw, and a reminder that not everyone grieves the same.

I loved the characters, his aunt and uncle, his best friend, his principal, they all make a wonderfully developed cast, but it doesn’t end there.

Woven through other chapters are the voices of the victims of the crash, those that didn’t survive, we learn about their lives, their loves and losses, their issues or hopes and it makes it all that much more emotional for me.

Thank you SO much to Viking for sending me an ARC of this in exchange for my honest review. 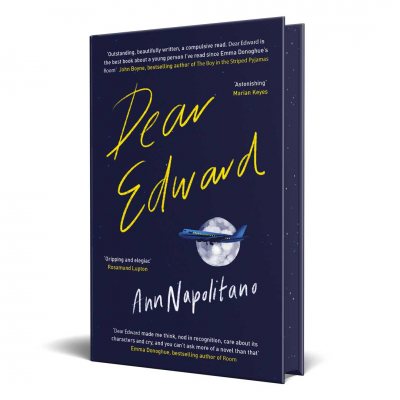 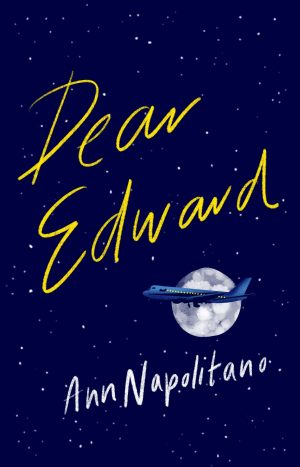 the cover is indeed gorgeous, I imagine even more so in person, and it’s so awesome to hear that the contents are too! it sounds like the author managed to balance grief with hope, which can be tricky but I’m glad they managed it ✨