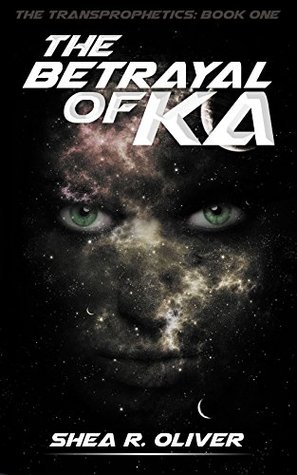 As the spaceship secretly lands on Earth, Ka’s mission is clear: find and kill Transprophetics. His shipmates think of him as a killer. On his home planet of Koranth, he is considered a murderer. Haunted in his dreams by the boy whose life he stole, Ka struggles to define who he really is.

A girl in a temple in Thailand. A boy kidnapped in Mexico. Both can do the impossible. Both can move objects with their minds. These two Transprophetics pose grave risks to the Donovackia Corporation as it plans its invasion of Earth.

With a blade in his hand, Ka’s decision to kill, or not, will reverberate across the galaxy.

I love science fiction, there’s not a doubt about that, and reading the synopsis of this had me intrigued. But. Ya’ll. I was not prepared.

The grittiness of it kept recalling me to ‘Akira’ the way that Ka seemed so self-assured at the start, but strip that away and you found yourself with a sympathetic character. Someone you wanted to root for, especially as he is so aware of his mistakes and the cost of them.

The idea of how Ka is human, but makes him alien to other planets with humans, well, I thought that was pretty awesome.

The story is between two worlds, and at first, I was wondering what the purpose was in doing it this way, but, once you find out it’s like ‘oooh, that, that was a pretty good idea.’ But on a more serious note, I did enjoy reading Ka’s parts best in the book and wish that the large time gap that occurs wouldn’t have been so…gaping. I wanted to see more of his life in that time period, but I totally understood why they did it that way.

There’s a good set of characters, you are deeply involved in them and wanting to know what will happen, and I think Oliver just did a fantastic job with building up this world and the plot was unique and brilliant.

My biggest issue would have been, aside from the time gap which is more of a preference than anything else, the ease of which people believe Mr. Freeman and Hector. It just seemed too accepting, I wanted to see more of a struggle with it. Though I think the transprophetics were what made things easily believable.

The way everything came together was definitely satisfying and I cannot wait to read what happens in book 2 which I’ll be purchasing this month! Thank you to the author, Shea Oliver for a copy of this in exchange for my honest opinion.

Overall a solid four cups of hot chocolate read, a great addition to the scifi genre! 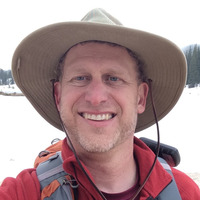 Shea Oliver is a science fiction and horror writer with a passion for telling stories that challenge readers’ assumptions and stereotypes. In his first published novel, The Betrayal of Ka, a protagonist’s decision to sell drugs to a young boy results in the death of the child.

Shea enjoys taking readers them on deeply emotional journeys to explore his characters motivations, mindset, and decisions. While his stories are written to be entertaining tales, they also are designed to be works that prompt readers to explore their own thoughts, behaviors, and treatment of others.

During a difficult personal period, Shea solo-climbed and sat alone atop a high mountain peak in Rocky Mountain National Park to assess his life. As he mediated in that beautiful setting, his long-dormant dream of becoming a novelist reemerged, and the next day, he began writing his first novel.

Shea happily declares that his greatest achievement in life is being the father to two amazing sons. He is also an ardent nature lover, teardrop trailer enthusiast, and photographer. When not pounding on his keyboard, Shea can often be found in the wilderness, hiking alone, and enjoying life.

3 replies on “The Betrayal of Ka Review”

I am glad this turned out to be such a good science fiction read and you were able to enjoy it so much! I have to agree and say that this one does look so intrigued to me. Hmm interesting that you found them too accepting. I like the sound of the cast of characters though!

I’ve just been thinking I want to read more Sci-Fi next yr and this sounds like it could be a good one to read.