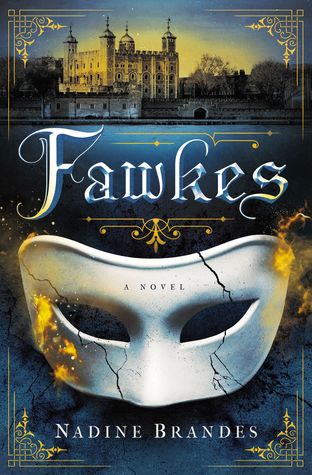 Thomas Fawkes is turning to stone, and the only cure to the Stone Plague is to join his father’s plot to assassinate the king of England.

Silent wars leave the most carnage. The wars that are never declared, but are carried out in dark alleys with masks and hidden knives. Wars where color power alters the natural rhythm of 17th century London. And when the king calls for peace, no one listens until he finally calls for death.

But what if death finds him first?

Keepers think the Igniters caused the plague. Igniters think the Keepers did. But all Thomas knows is that the Stone Plague infecting his eye is spreading. And if he doesn’t do something soon, he’ll be a lifeless statue. So when his Keeper father, Guy Fawkes, invites him to join the Gunpowder Plot—claiming it will put an end to the plague—Thomas is in.

The plan: use 36 barrels of gunpowder to blow up the Igniter King.

The problem: Doing so will destroy the family of the girl Thomas loves. But backing out of the plot will send his father and the other plotters to the gallows. To save one, Thomas will lose the other.

No matter Thomas’s choice, one thing is clear: once the decision is made and the color masks have been put on, there’s no turning back.

Hey guys, totally decided to do my own review, non-tour related! I know, I am in shock as well!

Anyway, I did the readalong for Fawkes in October, cohosting with the awesomeness of fellw Ninja Street team member and awesome Bookstagrammer, TheLibrarianFiles.

Finally I am getting around to writing this review after being super delayed in reading the end of this.

Also, be prepared, my pros and cons lists are returning. But first, the nice tidy paragraphed review!

I have NOT read Romanov of the Out of Time Series so this means, *gasp* this was my first Brandes read! I know, I know, horrible street team member, but, I was so excited about the premise of Romanov that I knew I was going to love Brandes, and I was right. Of course I was, I’m always right when it comes to internal dialogue/debating.

Brandes has a really nice flow to her prose, you are able to feel this sort of rhythm to her writing and it’s great. I felt like it just allowed you to be carried away by a sort of current between her style and the pacing of the plot. This is always a huge plus for me, especially since I can be easily distracted by…everything.

Thomas was a fantastic protagonist, I have to admit, most protagonists I read about are girls, so, this was a nice change of pace for me, and the emotions he has are so easily relatable/sympathetic in their expression. He’s a teenager, basically a man in his time, and he has not had an easy life. His mother gone and his father, more legend to him than anyone else, has forsaken him. Why?

Thomas has the stone plague, in a time where there’s color magic and masks, two ‘faiths’ of color magic are pitted against each other, each blaming the other for this plague that turns you to stone. Contract it and you are suddenly condemned to a life on the outskirts of society. If you’re lucky it will go dormant and you will live, if you’re unlucky, it will suffocate and consume you, killing you.

Thomas is ‘lucky’ he has only to cover up his plague which has taken an eye, using an eye-patch to keep himself from being found out. But still, Guy Fawkes, his father, has refused him a mask in which he can practice color magic, and without that mask, he is turned away from his school, doomed a life as bad as if those knew of his plague. There’s only one option and Thomas decides to go for it; find his father and demand his color mask, as his right.

The journey of Thomas is one that once again I felt was relatable, he is looking for acceptance, especially in the eyes of his Father and so he makes decisions rashly, wanting to win his father’s approval and gain his mask.

Still, Thomas begins to see how the decisions he made may not be the right ones, and in the end he stands for not himself but the truth, with the help of his friend Emma.

A girl who is the opposite of his father in almost every way, and yet, someone to aspire to. After all her color magic is the best, and she has a bravery in her that allows her to fight for everyone in need, even if they do not share her views.

At the core of all this, the color magics and two different sectors, Keepers and Igniters, there is White Light/Magic, it is the power from which all color magic is born and it is who both sides fight for.

But what does the White stand for?

Thomas finds out, but you’ll have to read to find out yourself!

I loved the White and Emma, hands down the best parts of the book where parts with either/both of them in it.

Emma is strong and brave and a great parallel to draw against Guy Fawkes for the two paths that Thomas has awaiting him to choose.

There’s also some great sub characters! The plotters were really fun to read about and I seriously enjoyed Henry versus Thomas, every time, haha.

Overall this was a super enjoyable read, I loved the stone plague and how it came to be, I also loved how Thomas went on this radical journey to get where his destiny always meant for him to be, and I SHIP the relationship in this so much. Spoilers, so, no giving away the answer.

The ending was perfect and the reasoning for four cups of coffee on this is the ending and the pure enjoyment I felt in reading it.

Pros:
– Awesome magic system
– The different color ‘faiths’ Igniters and Keepers
– There’s Guy Fawkes
– Plotting, gunpowder, and treason!
– Color magic in action is so much fun to read
– Emma
– White Light’s sass. That’s right, it has a personality.
– The masks were so cool
– Soul searching to the max
– Stone plague was such a creative twist to ‘the plague’
– Thomas’s character development was off the charts

Cons:
– Not enough background on color magic to me
– Also not enough of it in the story to satisfy my wants loooool
– I wanted more development of Emma
– More interaction between Henry and Thomas would have been good
– I wanted to know more about Dee’s motivation, it felt slightly lacking but the action scenes filled that out nicely.
– More of Guy Fawkes and Thomas would have been nice
– MORE WHITE LIGHT PLEASE AND THANK YOU. Again I wanted more interaction of it with Thomas.
– I think more knowledge about Thomas’s years at school would have helped
– There was a small lull in the transition between the first and second third of the book, but, the pacing picked up nicely after that.
– Why not more color maaagic
– Uh…why not more everything? BRANDES I WANT MOOOOOOORE. 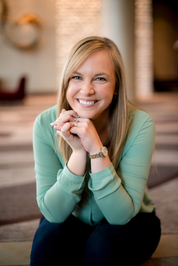 NADINE BRANDES once spent four days as a sea cook in the name of book research. She is the author of FAWKES, ROMANOV, and the award-winning Out of Time Series. Her inner fangirl perks up at the mention of soul-talk, Quidditch, bookstagram, and Oreos. When she’s not busy writing novels about bold living, she’s adventuring through Middle Earth or taste-testing a new chai. Nadine, her Auror husband, and their Halfling son are building a Tiny House on wheels. Current mission: paint the world in shalom.

OH THIS SOUNDS SO AWESOME! I have a copy of it and Romanov and I follow the author on social media. I just admire her so much as a person and your review just made me even so much more excited to read her books! ❤ 😀