Bringing you Thriller Thursday again, and this one was meant to go up in October, you know, before the move threw everything up in the air and laughed at my plans.

Let me present to you one of my newly faved thriller series that I’ve had the joy to start this year.

Catherine Fearns is an amazing author and she has put so much research and creativity in these books that there’s no way I couldn’t love this series. So, prepare to hear me fangirl screech…you know as usual when I love a book.

ARE YOU NOT INTRIGUED?!

The reason I’ve waited on posting about these books on my blog is simply because I was waiting to read the third book, and now that I’ve finished it, it’s time!

We’ll start with book one! 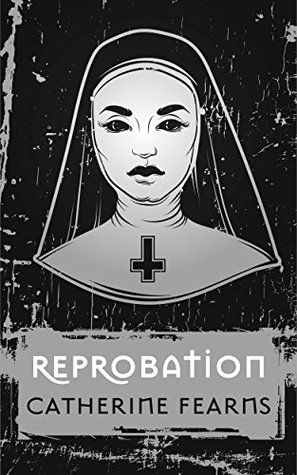 Are you one of the elect?

Dr. Helen Hope is a lecturer in eschatology – the study of death, judgement, and the destiny of humankind. She is also a Calvinist nun, her life devoted to atoning for a secret crime.

When a body is found crucified on a Liverpool beach, she forms an unlikely alliance with suspect Mikko Kristensen, lead guitarist in death metal band Total Depravity. Together, they go on the trail of a rogue geneticist who they believe holds the key – not just to the murder, but to something much darker.

Also on the trail is cynical Scouse detective Darren Swift. In his first murder case, he must confront his own lack of faith as a series of horrific crimes drag the city of two cathedrals to the gates of hell.

I hadn’t heard of this book before and how much I regret not reading this sooner! I loved so much about this. Firstly, we have a Calvinist Nun and the lead singer of a Norwegian Metal band solving crimes together, it’s like the metalhead version of Father Brown haha, and in the best ways.

We have a few characters at play and the way Fearns hints at the supernatural and otherworldly is perfect, she combines Christian mythology/theology with a police procedural to give you a spectacular murder mystery and the set up for a great set of books. Not to mention she keeps the length of the novel perfect, not overwhelming you or bogging it down unnecessarily so the pacing is just right. All too often a great thriller can be diminished by carrying on too long but Fearns doesn’t make this mistake.

Fearns provided me a copy of her awesome novel in exchange for my honest review. 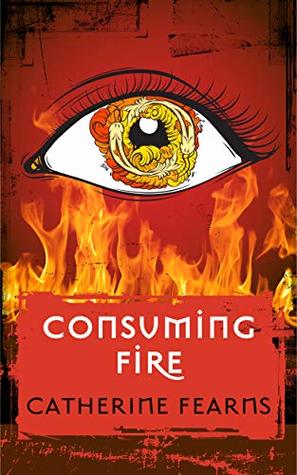 What Has Been Seen Cannot Be Unseen.

Liverpool is in the grip of an intense heatwave, and strange things are happening.

A woman dies in an apparent case of Spontaneous Human Combustion; a truck explodes on the dock road; the charred corpses of pets litter the city; forest fires ravage the pinewoods…and there are birds everywhere, silent flocks drawing in ominously.

Detective Inspector Darren Swift thinks there are connections, and his investigation delves into the worlds of football, nightclubs and organised crime. But is he imagining things?

Dr. Helen Hope doesn’t think so. And she believes the key lies in a mysterious seventeenth-century occult book which has gone missing from Liverpool Library.

In the blistering sequel to Reprobation, DI Swift is forced to confront some inconvenient ghosts from his past, as a terrifying shadow lies over his city’s reality….

Another knockout novel by Catherine Fearns! In this one, we continue with this thread of the unknown and supernatural that was introduced so wonderfully in book one and Fearns expands on it while keeping true to this also being a mystery as well. There’s once more a lot of theological ideas and they’re all put in a way for the readers to understand but it’s clear that Fearns has done her research.

This time the focus was more on Darren and even his partner Matt rather than Dr. Helen Hope. I do admit to missing Helen and Mikko interacting but I was also so happy to get to know more of Darren and the rest of his ‘squad.’

The ending for this was such an epic ending that I cannot wait for the next book, I am left waiting on pins and needles.

Can’t wait to read the next one!

Fearns provided me with a copy of this in exchange for an honest review which I am very happy to give.

You may have noticed that the other two reviews were already on GoodReads but not this one, it’s being written here first. Wooo, celebrate.

This continues much where we left off with Darren. He’s been on leave after the crushing ending to ‘Consuming Fire’ and the events that seem too weird to be true continue to happen.

However this has nothing more to do with fire and everything to do with sound.

There’s a new case, two murders both staff, lecturers/experts in acoustics, one in psychoacoustics and also has synesthesia.

[I will say it was so interesting to have a character with synesthesia, it’s something we talked about a bit in Uni as part of the music program but I only knew of one person who had it, so that already caught my interest.]

The excitement I had in knowing Mikko was back was like a kid on Christmas, he is my favorite but also I love the chemistry between Mikko and Helen. This also means the band was back too, and it’s great.

The tension building from the last two books is palpable, it was coming off the page and making me sit hunched over in earnest as I read.

There’s another metal band, though, different sub-genre than our lovable gang, and they were such a cool part of the book, their concert definitely left me with some atmospheric chills.

There was a twist that I DID NOT see coming and I was SHOOK by it haha, like I can’t believe it happened, it was intricately weaved in from book one and I still had no inkling it was going to happen.

Forest was in this again and as horrible as he was, I was happy and satisfied with his ending but I’ll keep the spoilers to myself. This also has left a lot of questions though at the end of this book, wondering what will happen to my favorite trio next. Helen and Mikko especially, as I will go down with that ship.

Darren seems to be engaging in something that could prove to be a crazy awesome thread to continue on.

Another success by Fearns, and possibly my favorite of the three! Thank you to Fearns for providing me a copy of the book, and in exchange I’ve given my honest review.

One reply on “Thriller Thursday”