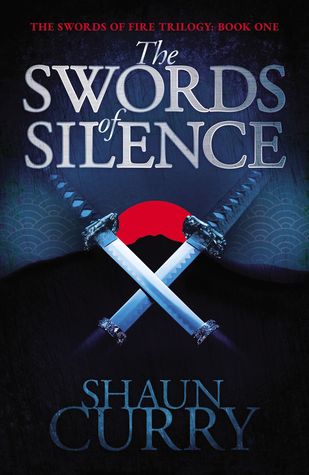 Where once new ideas and beliefs were accepted, now the country’s military dictator, the Shogun, is shutting his country down to any outside influences.

Father Joaquim Martinez, who left Portugal to make Hizen Province, Japan, his home, has been tending quietly to the lives of his villagers, but everything is about to be thrown into turmoil, as the Shogun has outlawed Martinez’s beliefs. Those who won’t recant or accept banishment, face a death sentence.

With the threat of a massacre looming, and the Shogun’s samurai closing in, Father Martinez must decide, if he is willing to risk everything, to save those he has sworn to protect.

A historical fiction novel that is an action-packed story of the power of faith and the good of mankind that brings people of different lands and religions together against those who are cruel and oppress.

How often Western History forgets that we were not the only ones with castles and feudal systems, and Curry reminds us that Japan was a land with its own culture and with aspects that were similar to lands across the sea.

This tale follows Father Joaquim Martinez and those he has sworn to lead and protect in every Christian sense and literal sense when it calls for it.

His village or you may see it as his ‘flock,’ has been found out, now the question is, what will Father Martinez do to protect them?

This has excellent pacing, the chapters are perfectly divided out and it makes for a surprisingly quick read because of it. Not only that but there is heart, and struggle, that doesn’t require any religious faith to connect with. A story that is common and known throughout history and cultures. The only difference is, this one is done on an epic Biblical scale and calls forth recollection of the story of Moses.

Father Martinez clearly is impassioned for his cause and his village, and the love and devotion he has to them is admirable.

[You don’t need to know your bible to enjoy this though, and admittedly, I probably know more about Moses from ‘The Prince of Egypt.’ Don’t judge, that’s an excellent movie.]

You don’t see this as a story of ‘simply’ Christianity but rather a story of people trying to choose the way they live their lives, they are beholden to those who own their land, the one they farm and work on and sweat for, only to give these ‘overlords’ their profit of working the land.

Who wouldn’t want something more?

The fight and action scenes were so much fun to read, I loved just how much action there was, and the travelling seemed endless, you held your breath wondering if they would ever be able to stop. [Hopefully, they won’t be wandering for 40 years]

Seriously, there were so many excellent fighting scenes, especially concerning Father Martinez and even Tonia, one of his foreign catechists.

Also, with that sort of ending, I am now very impatiently waiting for book 2.

An inspiring story with a lot of heart and the wish for freedom that everyone can connect to.

As far as favourite characters go, I did love the inspiring Father Joaquim Martinez but I also loved his villagers, but Tonia won my heart.

Four cups of coffee from me, and you can expect this book to hit the shelves on September 19, this year! [2019]

Oooh excellent review. The book seems rather heavy but the theme is utterly unique and I think you’re right, it’s relatable no matter who you are.