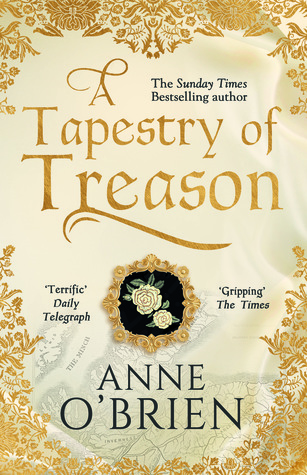 This is one woman’s quest to turn history on its head.

Still, I read the synopsis of this and knew I couldn’t pass it up with my love of history and let’s face it, we always could use a few more books about women that history has swept over. I was delighted to take part in this tour!

The first chapter just drops you in, you’re caught up immediately into the world that Constance of York occupies. There is no mistaking Anne O’Brien’s attempt to immerse you completely into this world. You are transported to 1399/1400s and it is rife with political intrigue.

O’Brien does a great task in not focusing too much on one set of details, in particular, instead, she takes everything into consideration. There is the expectation of women of the time, but also the reality of women in that period. They may not have much power out front but they can still do things their own way. Constance is a woman of ambition and of course that tends to make her not well received by others, viewed as immoral though others around her are forgiven and lauded for treasonous thoughts all because they are men and she’s a woman.

I was slightly daunted by the page count but then O’Brien builds up this quiet intensity, she brilliantly keeps the tension all the way through out. It actually made it hard to put down, there was this feeling of Constance running out of time or rather that she was always on the verge of being in trouble and I was completely on board for that. 500 pages and it kept me on the edge of my seat, to me that’s the sign of a brilliant novel. I adored it and I now adore O’Brien.

Anne O’Brien clearly does her research and brings Constance to life, giving her a voice that would fit in seamlessly as fact rather than the fiction it actually is.

If you’re a fan of history and/or Philippa Gregory books then I highly recommend this five cups of coffee read to you! 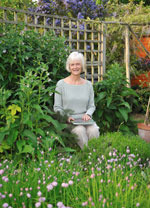 Sunday Times bestselling author Anne O’Brien was born in West Yorkshire. After gaining a BA Honours degree in History at Manchester University and a Master’s in Education at Hull, she lived in East Yorkshire for many years as a teacher of history. Todayshe has sold over 250,000 copies of her books in the UK and lives with her husband in an eighteenth-century cottage in the depths of the Welsh Marches in Herefordshire. The area provides endless inspiration for her novels about the forgotten women of history.

3 replies on “A Tapestry Of Treason – Blog Tour”

I am all for this trend of writing historical fiction about women of history that have been swept over because of the patriarchy!! And I thought the word count would be daunting to me too so it is nice to know that the tension is kept paramount throughout and pulls you all the way through. It sounds wonderfully feminist and this is a brilliant review x