First off, guys, I’m wheezing because I accidentally wrote Spitefire and I feel like that was my subconscious talking. 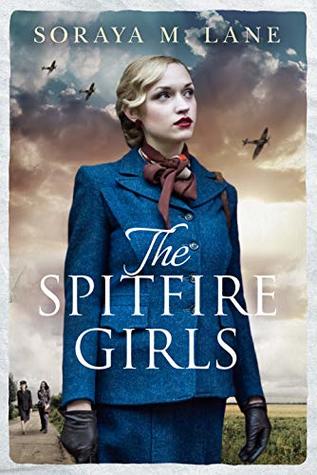 |
Blurb: At the height of World War II, the British Air Transport Auxiliary need help. A group of young women volunteer for action, but the perils of their new job don’t end on the tarmac. Things are tough in the air, but on the ground, their abilities as pilots are constantly questioned.

There is friction from the start, between the new recruits. Spirited American Lizzie turns heads with her audacity, but few can deny her flying skills. She couldn’t be more different from shy, petite Ruby, who is far from diminutive in the sky. It falls to pragmatic pilot May to bring the women together and create a formidable team capable of bringing the aircraft home.

As these very different women fight to prove themselves up to the task at hand, they are faced with challenges and tragedies at every turn. They must fight for equal pay and respect while handling aircraft that are dangerously ill-equipped; meanwhile, lives continue to be lost in the tumult of war.

Determined to assist the war effort doing what they love, can May, Lizzie and Ruby put aside their differences to overcome adversity, and will they find love in the skies?

[^ Let me tell you if I read that last little line/rhetorical question, I may not have jumped so eagerly to read it.]

Pros:
-Freakin WWII Women Pilots, I mean, seriously, how awesome is that?!
-Women Pilots
-Women Pilots flying huge bomber planes
-Are we seeing my pattern here yet?
-It’s sweet and fluffy and a book you can pick up and read while waiting for an appointment without getting too consumed.

Cons:
-Cringe-worthy stereotypical characters: You have the brash rude and horrible American, the demure, sweet, insecure small girl, the stoic ‘I can’t show emotions’ Commander.
-Honestly, the American in the first chapter is just shown as headstrong but then suddenly when we see her next she’s a spoiled little princess, or at least that’s what Lane wants you to think and I ended up just liking her more because she was competitive, ambitious, and went after what she wanted.
-The rivalry between the American and little Ms. Perfect was vomit inducing, of course, the sweet quiet one is the favored one, who wouldn’t want an insecure pilot flying a bomber plane?
-Of course, we have to have the overly confident one go through a personality change -ugh-.
-She switches between three characters and it just feels like they have no depth and their love stories are mushy gushy, so if you like that [the mushy gushy], throw it up in the pros!

Really I’m just not a sweet and fluffy person but I can tell you one thing, had this been a movie, I would have probably thoroughly enjoyed it. Also, I wanted to give this 2.5 but I realized, why should I rate a book so low just because I’m an unbelievable cynic? I hate sweet fluff with no depth, but, you know what, sometimes it’s nice to read that and not have to deal with a book that will emotionally drain you, plus it’s nice that she chose to focus on these women in history. I just feel that others have and will do better with this time in history. I intend to look into more books about our female WWII pilots.

This book comes out on February 26, I read this in exchange for an honest review and received it via NetGalley.

I really need to get on the rest of the books on my NetGalley list! This one sounds pretty cool 🙂

I’m really kind of bummed that it fell into the stereotypes with it because as soon as I heard women flying planes in a world war, I was sold. Like that rivalry sounds terribleeeeee.