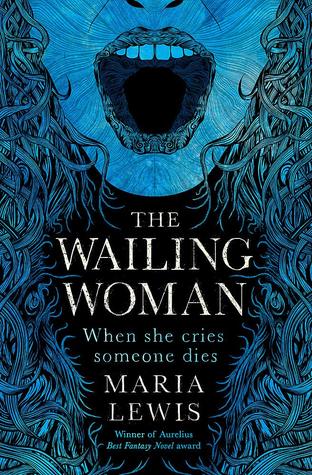 Australia set urban fantasy that combines all the lore and myths of the world as one would expect in diaspora and a character who signs Auslan?

I did not know I needed this book in my life until I got it as book mail (it was gifted to me by Piaktus).

Sadie Burke is a Banshee like the rest of her family, all women, all Banshees, all under the thumb of those who keep the supernatural in check.

Banshees are considered weak, and dying out, but if they’re so weak, then why was Sadie stripped of one of her powers?

A child condemned for her natural ability, Sadie keeps in line after her ‘punishment’ in which her life was spared.

That is, she keeps in line as much as she can to avoid drawing attention, but, when the son of her oppressor shows up, somehow Sadie is caught up in a world of subterfuge, corruption, and possibly revolution.

Sadie and Texas run for their lives, but can they ever escape those who hold the strings?

It was really such a well-paced and creative work, I haven’t read Lewis’s other Supernatural Sisters but this is easily read as a standalone as well.

I loved the supernatural creatures and beings, the descriptions of this hidden world within ours and I adored Sadie. She was such a little cinnamon roll, albeit with teeth lol. [Texas was also adorable lol]

All the secondary characters were completely fabulous as well! I loved all of them and cannot wait to read more of this world to know more characters. There were witches, ghosts, banshees, wombat shifters, werewolves, demons, it was a plethora of amazingness.

I also loved that all of these supernatural beings were in one land. Lewis uses the diaspora of Australia to her advantage and it is a well-blended and diverse world because of this.

Pros:
-Loved the Writing Style
-Loved the characters
-Corruption in the government
-Diaspora of supernatural beings
-Amazing library run by a demon
-Auslan sign language getting Rep!
-Love story
-On the run and hiding scenes are amazing
-Well-paced

Cons:
-Love story felt a little rushed, but at the same time it didn’t feel unnatural so I wouldn’t say it was a huge issue.
-Ending is unsatisfactory, GIMME THE NEXT BOOK.

*Thank you to Piaktus for a copy of this which I’ve read in exchange for my honest review!*

Maria Lewis is a journalist and author based in Australia. Getting her start as a police reporter, her work on pop culture has appeared in publications such as the New York Post, Guardian, Penthouse, The Daily and Sunday Telegraph, Empire Magazine, The Daily Mail, Penthouse, Junkee, WHO Weekly, Huffington Post, SBS, ABC and many more. A journalist for over 14 years, she was previously seen on SBS Viceland’s nightly news program The Feed as a presenter, producer and writer and as the host of Cleverfan on ABC Indigenous, the live Cleverman post-show talk show. Her debut novel – Who’s Afraid? – was released worldwide in 2016 with its sequel – Who’s Afraid Too? – released worldwide in 2017. Who’s Afraid? is currently being adapted for television by Hoodlum Entertainment, the team behind Secrets & Lies, Tidelands and Harrow.

One reply on “The Wailing Woman Review”

THIS BOOK SOUNDS INCREDIBLE! Thank you for sharing your review of it because now I’m excited to get my hands on it!