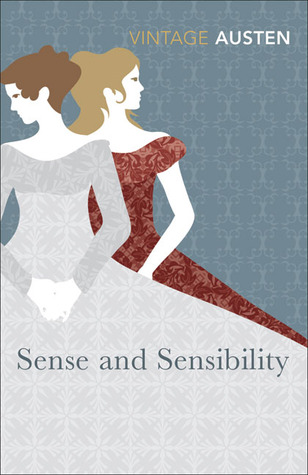 Elinor is as prudent as her sister Marianne is impetuous. Each must learn from the other after they are they are forced by their father’s death to leave their home and enter into the contests of polite society. The charms of unsuitable men and the schemes of rival ladies mean that their paths to success are thwart with disappointment but together they attempt to find a way to happiness.

I alas fell deeply behind in the buddy read, but, I still finished it and I’m quite proud of myself for having read it!

I do love classics so it was a bit odd I couldn’t get into the motion with P&P but S&S really did ‘click’ for me. Straight off, I really loved the interactions and differences of our dear sisters Elinor and Marianne.

There is a formula for Austen and it’s one I enjoy because even though I hadn’t read her books previously, I adored the BBC and film adaptations that come out. I like the sisterly relationships and the inclusion of family around the romance.

There’s something very…plausible, and it’s not just the time period Jane Austen is from and writes about, but even today, so many people have family playing a huge part in their lives and that includes also them meeting and interacting with love interests. [Of course, this isn’t the case for everyone, we all have different situations!]

Not to mention, Austen knows how to really make you chuckle, to give the women wit that makes them come to life off the page. I loved Elinor’s ‘dramatics’ and I adore Marianne’s stoicism in her manners and keeping of emotions. Their love stories were full of ups and downs and twists and turns that made it a really enjoyable read.

The side characters are also so thoroughly lovable and enjoyable, they definitely stole the show at times and that made it all the better for me.

I would highly recommend this to anyone wanting to read Austen, or if you’re a fan of Austen and haven’t read it yet! I look forward to tackling more Austen this year, and I’m thinking Mansfield Park is next!

My favourite Jane Austen novel! I love the Emma Thompson film version too.

It’s not my favourite Jane Austen – the stuff with Colonel Brandon’s ex’s daughter is too melodramatic, and Edward Ferrers is way too much of a wimp for Elinor – but all Austen’s books are worth reading.

lol! I totally agree about Ferrers and the melodrama of the daughter, but, I think I was happy it didn’t take up too much of the story [the daughter]