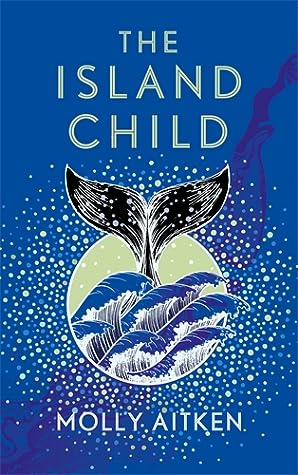 Twenty years ago, Oona left the island of Inis for the very first time. A wind-blasted rock of fishing boats and sheep’s wool, where the only book was the Bible and girls stayed in their homes until mothers themselves, the island was a gift for some, a prison for others. Oona was barely more than a girl, but promised herself she would leave the tall tales behind and never return.

The Island Child tells two stories: of the child who grew up watching births and betrayals, storms and secrets, and of the adult Oona, desperate to find a second chance, only to discover she can never completely escape. As the strands of Oona’s life come together, in blood and marriage and motherhood, she must accept the price we pay when we love what is never truly ours . . .

Rich, haunting and rooted in Irish folklore, The Island Child is spellbinding debut novel about identity and motherhood, freedom and fate and the healing power of stories.

Content/Trigger Warnings: Child Abuse, Violence, Rape, loss of pregnancy, death of a child [not through violence].

To be fair I have loved every single book I’ve read from Canongate Books, they really know how to pick them, and so I did put this off, knowing yea I would enjoy it.

Little did I know just how much I would love this book. It ranks as one of their top books in my opinion.

This debut novel by Molly Aitken is a story of women, of mothers, of daughters, of the hardships and difficulties that are presented to them in a time when much of the world was on the cusp of changing, some places were stuck in their traditions.

Those traditions mean a life of quiet and wifely duties for a woman on Inis.

Oona wants more than that, and though she’s our MC, she is not the only woman to have her story told, there is Aisling, the single mother accused of witchcraft, simply because of her medical knowledge and the fact her husband died in a storm. There is Oona’s mother, Mary, living for her religious fervour, and there is Oona’s daughter who she may have lost forever because of her inability to share her story.

The story fips from Oona’s childhood to Oona’s present times as her and her husband Pat embark on a search for their daughter Joyce, who has just been given a huge truth by Oona, one that she has not even dared to discuss with her husband.

Oona has cut off her family after she finally left the island of Inis, all except her brother Enda who, like her, dared to be different.

Oona as a mother is full of secrets and harsh truths, she admits to herself she should not have been a mother but it is not for lack of love of Joyce, it is the result of her own mother’s brand of love and the events that led Oona to finally step off Inish.

I adored how vulnerable and yet hard Oona was, you weren’t always in agreement with what she did but there was never a question of why she did things as you found out her past and saw how it affected her in the now.

Pat, her husband, is a character I also adored, especially when put against Inis, he was her escape but not necessarily from the island itself but from her Mother.

Mary is a powerful character in this novel, she demands to be seen and as we see her from Oona’s point of view, it’s not a pretty sight, and to be fair I doubt it would be a nicer sight from most other points of views as well.

The strain on Oona’s relationship with her family is clear, and it carries over from Inis to her husband, mother-in-law, and daughter.

Whether you agree with what Oona does or not, this novel is power, poignant, beautiful and haunting. We can hear the echoes of what Oona has gone through in people today still and though it’s a hard read, emotionally, it was worth every page. I wish there were more stories like this, the hard ones, but the ones that help others connect with their darker feelings, to understand them.

Five out of Five Cups of Coffee from me!

Thank you to Canongate Books for an ARC of this in exchange for my honest review as part of the blog tour.

Molly Aitken was born in Scotland in 1991 and brought up in Ireland. She has an MA in Creative Writing from Bath Spa where she won the Janklow and Nesbit Prize.

Molly now lives in Sheffield with her husband. 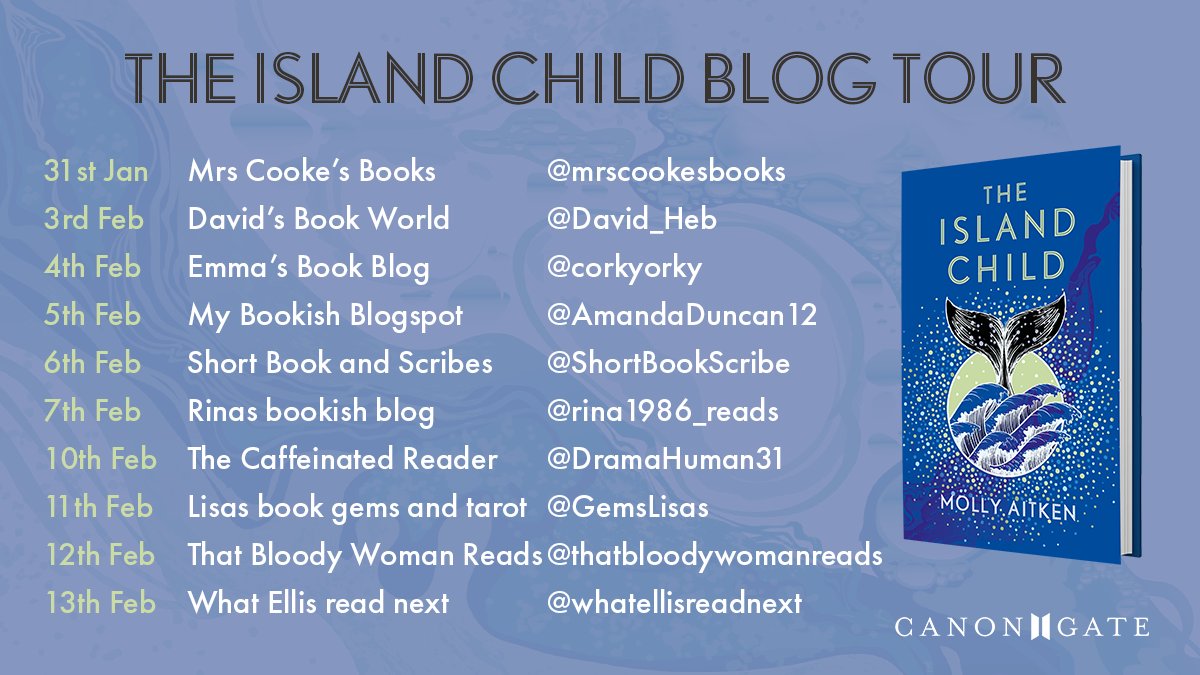 One reply on “The Island Child – Blog Tour”

I agree. Sometimes I just know I am already going to love a book and therefore it means that it takes me forever to get around to it? It doesn’t make any sense but I just want you to know you’re not alone in doing that from time to time 😛 Sounds like the characters and their realisticness is really what made this one such a good read. Whether you agree or disagree with Oona’s actions, it sounds like you can understand why she did them.