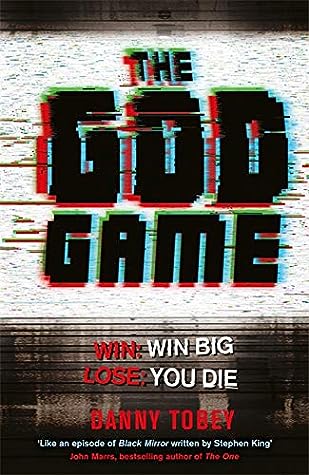 You are invited!
COme inside and play with G.O.D.
Bring your friends!
It;’s fun!
But remember the rules. Win and ALL YOUR DREAMS COME TRUE.™ Lose, you die!

With those words, Charlie and his friends enter the G.O.D. Game, a video game run by underground hackers and controlled by a mysterious AI that believes it’s God. Through their phone-screens and high-tech glasses, the teens’ realities blur with a virtual world of creeping vines, smoldering torches, runes, glyphs, gods, and mythical creatures. When they accomplish a mission, the game rewards them with expensive tech, revenge on high-school tormentors, and cash flowing from ATMs. Slaying a hydra and drawing a bloody pentagram as payment to a Greek god seem harmless at first. Fun even.

But then the threatening messages start. Worship me. Obey me. Complete a mission, however cruel, or the game reveals their secrets and crushes their dreams. Tasks that seemed harmless at first take on deadly consequences. Mysterious packages show up at their homes. Shadowy figures start following them, appearing around corners, attacking them in parking garages. Who else is playing this game, and how far will they go to win?

And what of the game’s first promise: win, win big, lose, you die? Dying in a virtual world doesn’t really mean death in real life—does it?

As Charlie and his friends try to find a way out of the game, they realize they’ve been manipulated into a bigger web they can’t escape: an AI that learned its cruelty from watching us.

God is always watching, and He says when the game is done.

Want to play a game?

Want that phrase to terrify you for the rest of your life? Then read this book!

I only half-joke. To give you all an idea of what this book did to me, I got a DM asking if I wanted to join in with a book review group and have fun with their games, I internally screeched and immediately deleted the message lol.

This book is fast paced and despite its length [449 pages in my edition] I barely felt like it lasted that long. I was quickly turning each page to find out what was going to happen next.

Be forewarned, these characters are not easily likeable after like the first few chapters, I liked them, but I’m a Slytherin, so, I liked them probably more than I should have the whole way through. I mean at least three of them to have continually redeemable qualities, you can see them struggling with this game, which, is a dark and terrifying contender to deal with.

An AI thinks its god, or, god has infiltrated an AI, either way, the Vindicators find themselves pulled into this game only known to those on the Dark Web. It starts off fun enough, A bit like a super dark version of Pokemon Go, think Black Mirror meets Pokemon Go in fact lol.

This Game will make you or break you, and it wants to break you. You can earn ‘Goldz’ in the game or, if it isn’t feeling gracious, you gain ‘Blaxx.’ The problem is though, there are no rules, and so any choice you make could result in a reward or a punishment, there’s no pause, and worst of all, there’s no way out.

Charlie, one of the Vindicators is at first determined to find a way out because every game has to have an exit or a way to win, but anytime the group thinks they’ve done the last thing that will set their lives right, God comes up with something new.

Not to mention, there were a group of high schoolers that had an eerily similar experience with a dark twisted period, did they play the Game too in the 90s?

This book is not about character development in that they grow necessarily, some do, some don’t, but they each hit a low and dark point, they each make scarier choices and are backed into corners and they react like real people, trying to survive, wanting more than they have, wanting to one-up the bullies in life, but, it’s never as simple as that.

God knows all, God sees all, and it rewards you for each time you do its bidding. So who in the group will want to win, to please God, and who will want out?

Tobey does a great job of chilling you to your core and using theology and philosophy to do so too, I love that he had these elements in it and they weren’t so heavy that I couldn’t keep up. [Philosophy and I do not always get along]

The ending was amazing, the book was overall chilling, creepy, and oddly hopeful for me considering the end choices of the Vindicators.

But just because you’re done with the Game, doesn’t mean it’s done with you.

Four cups from me, thank you so much to Gollancz for sending me a copy of this in exchange for my honest opinion as part of the tour. 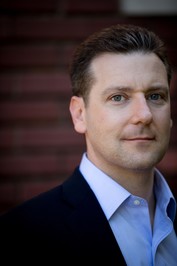 Danny Tobey is the author of THE GOD GAME, arriving January 7, 2020 from St. Martin’s press. He is a fifth-generation Texan and a graduate of Harvard College, Yale Law School, and UT Southwestern medical school. Harvard gave Danny the Edward Eager prize “for the best creative writing.” He wrote and edited the Harvard Lampoon and was anthologized in The Best of the Harvard Lampoon: 140 Years of American Humor. Danny’s first novel, the sci-fi fantasy thriller The Faculty Club, came out from Simon & Schuster. Danny is a noted expert on Artificial Intelligence. In 2019, the Library of Congress gave Danny the Burton Award for his work on AI and the law. 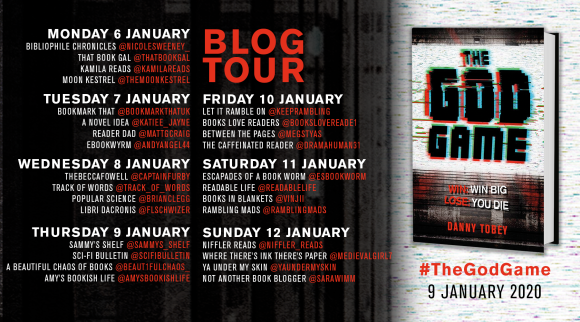 this sounds chilling and exhilarating, and I am maybe more intrigued than I should be about flawed (even ruthless?) characters, I’m a bit of the “not here to make friends” type myself to be honest, and I don’t really want to think about what I would do in high-stakes high-stress situations like this one 😅

great review as always, Haley! tbqh I may wimp out of actually reading this one bc I already have enough trouble sleeping, but you certainly make it sound like a captivating read!

lol don’t worry I am like that myself, I wanted to get through my crap and be done in HS, and thank you! Haha if you ‘wimp’ out, I completely support that choice too lol sleep is important!