October was the month we moved, and November I was still trying to tame the chaos of the new house, and I was also sick for like two weeks lol. Anyway, onto my review! 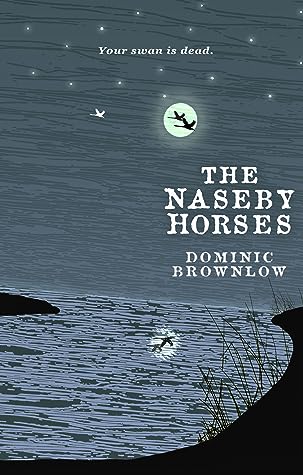 What a fantastic and immersive experience I enjoyed while reading this book.  I would like to just cheer the author for having an MC with epilepsy [and possibly on the spectrum a bit given some of his descriptions of him, would love to know more about that].

Simon knows that the reason they moved from London to this small village was due to his epilepsy, his twin sister Charlotte doesn’t begrudge him too much for it, but it’s clear she’s unhappy, so when she goes missing, it’s assumed she’s run away to London to be with her boyfriend.

But Simon doesn’t think Charlotte would leave in a storm which is what happened the night Charlotte disappeared.

There’s also this sort of gothic-noir cult feel to the novel, entertaining ideas of the supernatural while dealing with the very realistic aspects of a missing family member.

Simon’s convinced there’s something going on in the village that has a connection to his sister’s disappearance and as he voices his opinions the walls start to close in, he feels his twin is alive but no one in his family will listen and the villagers seem to be turning their backs on them due to the accusations he’s voiced.

The whole while with Simon investigating he also has to deal with taking his medicine and working with/around his epilepsy which may actually be a key in this all.

Loved it, but I wasn’t sure how I felt about the ending! I will tell you this, it’s not a bad ending, it made you stop and think, it made you wonder, I think just wanted more resolution because it felt as if there were some serious loose ends on the book as a whole, but, I don’t think you’re supposed to have answers in this book.

Overall 4 cups of hot chocolate for this spectacular book, and thank you so much to Louise Walters Books for an ARC, and I am so sorry for the lateness in this review. It’s out now on kindle and hardback, so if you find yourself wanting a spooky and philosophical novel, this is the one for you! Great writing style and intriguing ideas.