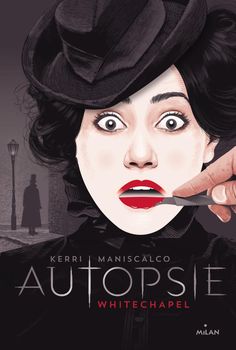 I did it, I finally grabbed it off my TBR list.

Also, I picked the featured image from the French cover cause let’s face it, it is totally awesome.

So, what did I think?

Three cups of coffee…or tea, depending on my mood…chocolate has caffeine in it so guess it could be hot chocolate too. WHATEVER TICKLES YOUR FANCY.

The Positives:
– Mansicalco gives us people with different sets of issues mental health wise that you normally don’t encounter. [Audrey’s Father, no this isn’t a spoiler, it’s set out from the get-go.]
– Nice descriptions of clothes, I really wanted to go buy some Victorian-era clothing after this and play dress up like it’s the late 1800s.
– Uncle J. Wadsworth is the man.
– Cousin Liza was the gift I didn’t know I needed
– I liked the ending for certain characters that I shall not disclose in case you haven’t read it yet.
– You don’t get many mystery YA so this was nice.
– The lab was cool

The Negatives:
– I disliked Audrey Rose from start to finish. Who describes their own hair as raven colored.
– I’m never a fan of first-person p.o.v. for a Mystery novel.
– Though I loved the descriptions of the clothes if I heard about that riding habit one more damned time I was going to snap like dear ol’ Jack.
– It was so predictable I guessed the whodunnit in the first 2 chapters, which, was a letdown but also it was nice cause I never figure things out guys, I’m not sure how I’ve made it this far in life.
– I didn’t like Thomas
– #TeamBlackburn, fight me
– The last-minute addition of something ‘supernatural’ was not fun, would have been better if she’d kept it out unless it grows in the other books, in which case, genius
– Audrey Rose was ….I’m sorry I already said I didn’t like her but I really didn’t like her. Except when she was focusing on her darker and ‘science-y’ thoughts.
– Thomas wasn’t charming. He was a prick. BUT I like that the author didn’t hide that this was a known fact lol so I guess this point cancels itself out.
– I hated Audrey Rose.

I could give you all lists of reasons why I didn’t like her but I hated and I mean hated how she felt she had to point out she liked pretty things and science and that both were okay only to be like ‘oh but I’m a tomboy and can’t possibly be like other girls though I just went gaga over some pretty fabric, because I have a scientific mind!’  Yea. Okay. You do you boo.

Overall I needed to remember that this was written for YA and it was quick, and, if I hated it that badly I wouldn’t be saying I plan on eventually reading the next one, and I do…eventually!

Solidly 3/5 so despite my complaints, there we have it!

Also if you enjoyed this book and want a more supernatural feel (no Jack the Ripper but still a bit of a mystery!), I recommend the Camille Duology! 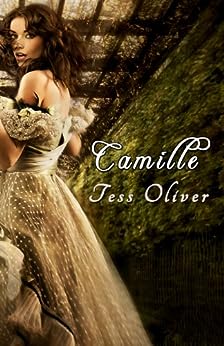 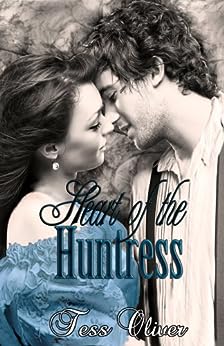