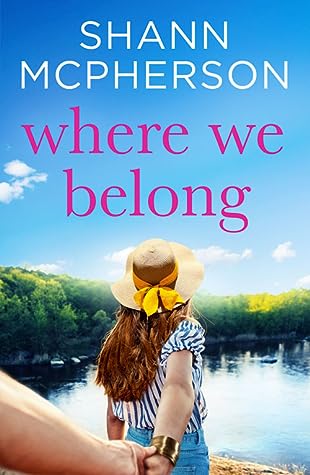 When Alice ‘Murph’ Murphy’s beloved mother died, she promised to keep the family bakery in Graceville, Georgia afloat—even if it meant letting her high-school sweetheart, Nash Harris, go. For years, Murph has been biding her time, waiting for Nash to come back for her.

So when he strolls into Piece O’ Cake, Murph’s heart skips a beat—until he hands her an invitation to his wedding… There are painful secrets in both their pasts that only the two of them share, and Murph can’t bear the thought of Nash belonging to someone else.

There’s only one thing Murph can think of to do: fake a relationship with local bar owner and old friend Harley Shaw to remind Nash of what he’s losing, and win him back for good.

Nash is Murph’s best friend, a vivid reminder of her childhood and all the things she’s lost—but the more time Murph and Harley spend together, the more the lines between real and pretend begin to blur. Can Murph choose between the one who got away and the one who never left—and heal her aching heart?

A romcom of basically Sweet Home Alabama meets My Best Friend’s Wedding and I LOVED it. Now, you know what, if you’re going to get into the details, I wouldn’t say the writing style was a literary masterpiece but it was fun and funny, and I think just the perfect sort of book to break up longer heavier reads. I don’t usually read romance but I’m really glad I read this one, Harley, Nash, and Murph are really great characters, and I like that Murph is aware of making the wrong decisions even as she makes them, haha, made her more relatable in my opinion.

Harley Shaw was perfection wrapped up in some nice looking packaging, so, pardon me but I adored him haha. I also liked the little glimpses of the backstory of the three growing up, I thought those were all sweet and tender moments that kinda helped break up the intensity -at times- of the present.

Nash was someone who had been away from home for so long that he’s hit not only with nostalgia but the fact that not everything stays the same. So that part of it was pretty relatable as well.

Murph was the girl who had chances but you know what they say, shit happens, and I think that tied with Harley’s same ‘shit happens’ really connected them and I loved that about them.

Sometimes the emotional pacing was a bit off like you wondered how Murph changed views so quickly, though at times it was clear that it happened a while ago, it was just her coming to a realization. I also wasn’t sure that how Nash reacted really was okay to understand/overlook but it did add some nice drama so I was on board with it for the end.

I would definitely recommend this to any romance/romcom fans, 3.5 out of 5 for me!

Thank you to NetGalley and the Publisher HQ for an eARC in exchange for my honest opinion.

Where We Belong BTB