Today is my last day of hosting! Starting tomorrow Chiara @ Bookworms Anonymous takes over as awesome host and she’s got some awesome prompt ideas!

Thanks to Sam and Clo for putting together such a fun and awesome even as BookEnding and I am so happy to be participating in BE Autumn!!

If you could be any witch or warlock from any book, which witch would you be and why? Would you be a Hogwarts student? Part of Coven, or maybe more like old school Sabrina the Teenage Witch?

I admittedly would have to pick Sabrina herself from the 90s TV series oooor a Witch from JK’s HP-Verse. However!

Today! The Witch I pick is… 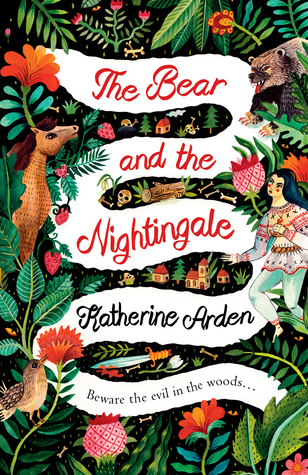 A Witch like the one from Vasya’s family in the Winternight Trilogy. I loved the folklore and magic in this so much, and, I wouldn’t mind a Winter King to have adventures with! Not to mention the history steeped in the powers of Vasya’s family are amazing and it’s not so much about being powerful as just believing there is no limit to what you can do [and of course once you hit that limit, trying to survive despite the odds lol]. Not to mention she’s got ties to certain well-known people of folklore which I won’t say and spoil it if you haven’t read the books. A witch who helps the spirits of the house and forest, one who can see things others can’t, well it just sounds great to me.

There’s always a special place in my heart for Hogwarts Witches and Wizards and the gem that was Sabrina, but, it’s okay for me to pick something different every now and then lolol.

Today’s was a short prompt on purpose, I just wanted everyone to have a bit of lazy fun on this Sunday, and I hope that you all enjoyed the prompts I gave.

Feel free to use the featured image!

6 replies on “Bookending Autumn – Which Witch?”

I think I would have to be a student from Cackles Academy in the Worst Witch series. Seems like an awesome school.

I cannot wait to do this post on Wednesday!
I loved your answer and the book you chose! It sounds interesting!

“Once you hit that limit, trying to survive despite the odds” that sounds like fun to read about honestly – it’s all fun and games and then, boom, it’s a survival book. Actually, I’m really curious how this will actually play out in the book. 🤔

[…] Bookending Autumn prompt was created by the wonderous Haley @ The Caffeinated Reader. Go check out her answers and click on that follow button for great […]