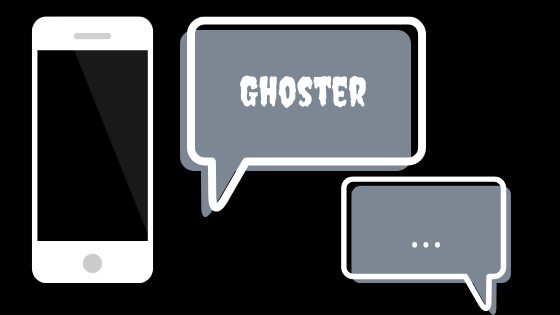 Jason Arnopp – author of acclaimed cult hit The Last Days of Jack Sparks – returns with a razor-sharp thriller for a social-media obsessed world. Prepare to never look at your phone the same way again . . .

Kate Collins has been ghosted.

She was supposed to be moving in with her new boyfriend Scott, but all she finds after relocating to Brighton is an empty apartment. Scott has vanished. His possessions have all disappeared.

Except for his mobile phone.

Kate knows she shouldn’t hack into Scott’s phone. She shouldn’t look at his Tinder, his calls, his social media. But she can’t quite help herself.

That’s when the trouble starts. Strange, whispering phone calls from numbers she doesn’t recognise. Scratch marks on the walls that she can’t explain. And the growing feeling that she’s being watched.

Kate refuses to leave the apartment – she’s not going anywhere until she’s discovered what happened to Scott. But the deeper she dives into Scott’s digital history the more Kate realises just how little she really knows about the man she loves.

Hands down this was the creepiest read of the year for me. Which is impressive because there were a couple of other creepy worthy reads but this one takes the gold.

Ghoster at first seems uncomplicated and completely un-spooky, just a woman who was ghosted by her boyfriend, er, suppose ex-boyfriend now, and is welcomed to the new home by finding this out.

The flat has been cleaned out, there’s no evidence of Kate’s boyfriend Scott ever living here. She does notice weird gouges on the door, but the only evidence to suggest Scott lived there is his phone she finds on the balcony.

So why would he leave behind his phone?

Kate wants answers, in a digital age where we tend to accept being Ghosted, Kate doesn’t. She made a large move, her things are arrived and so did she but to no one and an empty flat. So Kate’s decided she needs answers, simply for closure of course, and the only way to get them is by getting into Scott’s phone.

Any moral dilemma about the decision is overridden by the urge to have answers and with some trial and error, Kate gets into his phone.

So does she find her answers?

There’s questionable pictures, creepy videos, and a locked diary app that could have the answers to all Kate’s questions. But is she digging herself in too deep?

Kate has a dark past with smartphones, this is a dangerous path to tread but one that’s necessary if she wants her answers.

But instead of answers, she’s left with more and more questions. And the question of what happened to Scott is becoming increasingly more dangerous.

Seriously, this book was so creepy towards the end, and that ending, holy cow that ending. I won’t spoil it for you but let’s just say it was completely worthy of such a creepy read.

I was tempted to sleep with the light on and maybe put some distance between my phone and I after reading this book.

Kate’s struggle with her own problems is really highlighted in this, and the dark path she goes down is incredibly realistic in terms of someone dealing with her sort of phone problem. She has the amazing support of her best friend but not even that can help the more embedded in the search she becomes. There’s this tension building in the book that does a great job of slowly making you more and more uncomfortable about the routes and paths Kate takes, and this complete sense of dread for her as the ending starts to loom in.

The creativity and chilling atmosphere of this book made me jump to rate it 5 cups of coffee, and if you all need me, just contact me by smoke signal from now on.

Thank you to Orbit Books and Compulsive Readers Tour for a copy of this book in exchange for my honest opinion as part of the tour.

[I’m going to turn on all the lights and sit about sixty feet from my phone now.]

Hello!  I’m a British author and scriptwriter, with a background in journalism.

​I’m the writer of the terrifying Orbit Books novel Ghoster, out October 2019. Before that, I wrote The Last Days Of Jack Sparks, the Lionsgate feature film Stormhouse, various Doctor Who things, a Friday The 13th novel and script-edited the 2012 Peter Mullan film The Man Inside.

2018 saw me co-author the book Inside Black Mirror with Charlie Brooker and Annabel Jones.

Check out my collection of 30 interviews I did as a rock journalist, gathered in From The Front Lines Of Rock.