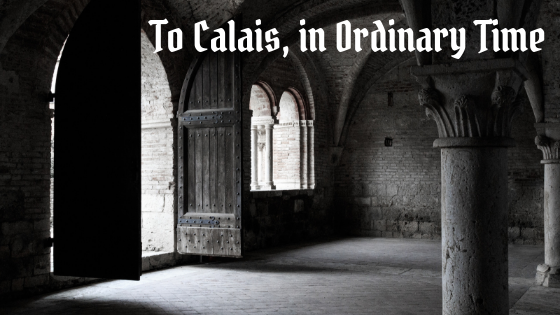 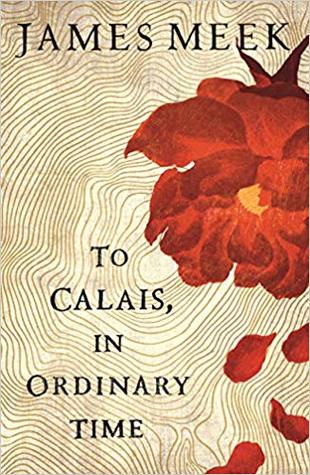 England, 1348. A gentlewoman is fleeing an odious arranged marriage, a Scottish proctor is returning home to Avignon and a handsome young ploughman in search of adventure is on his way to volunteer with a company of archers. All come together on the road to Calais.

Coming in their direction from across the Channel is the Black Death, the plague that will wipe out half of the population of Northern Europe. As the journey unfolds, overshadowed by the archers’ past misdeeds and clerical warnings of the imminent end of the world, the wayfarers must confront the nature of their loves and desires.

A tremendous feat of language and empathy, it summons a medieval world that is at once uncannily plausible, utterly alien and eerily reflective of our own. James Meek’s extraordinary To Calais, In Ordinary Time is a novel about love, class, faith, loss, gender and desire—set against one of the biggest cataclysms of human history.

This is a testament to the detail and research Meek has done. The novel is brimming with the nuances and vernacular of 1348 and it reads so atmospherically because of that, that you feel you are in the time period.

This also means though that it took me a while to get into a rhythm when reading this book because of the medieval vernacular. This also made me lose focus on the story itself at times, which was a shame as the story was quite a remarkable one. A group of archers, a proctor, a runaway noble, and a mysterious brother and sister [no spoilers from this gal!] are all pulled into events that seem inescapable. The plague feels as if it’s chasing them in a way, always on its heels and it gives a nice feeling of tension while you’re reading, always wondering when it would catch up with them.

There are diverse characters in terms of personalities and orientations. Hab, in particular, captured my interest and was probably my favorite character.

At times it was rather hard to feel sympathetic for the characters who were of the noble class, but I have to hand it to Meek, they were accurately portrayed. In those times they did truly think themselves superior to their serfs/servants/workers.

Because of the effort to remain true to its origins, it was, at times, hard to connect with the characters, much the same reason for the distraction from the story; the writing style and atmosphere of 1348.

The middle part really lagged for me, but getting to the last third or so of the book, it felt like everything just paced so well and you wanted to know how this was going to turn out. This is a book to read in leisure and I highly recommend it to those with a love of historical fiction.

I applaud Meek on the work he’s put into this.

Three and a half cups of coffee from me!

This book is available as of today, so, HAPPY PUBLICATION DAY!

Thank you to Canongate for a copy of this book to read in exchange for my honest review.