So I’ve been busy the past couple of days. Saying that I’ll be catching up on blog hopping today with my blessed day off from running to Edinburgh for the Book Festival…which…has been amazing!

**That featured image belongs to EdBookFest definitely not meeeeee, please no one sue, I am poor* 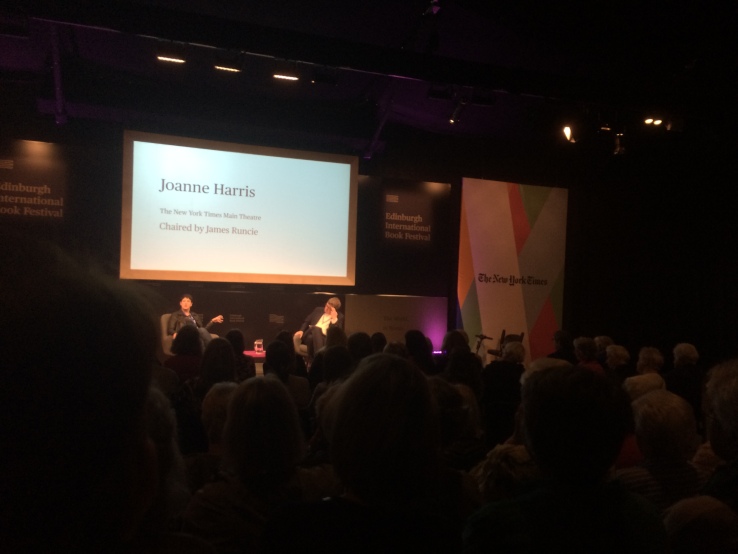 I saw Joanne Harris, and she signed my copies of Chocolat and The Gospel of Loki and she was just the sweetest person ever, I felt so star shocked meeting her and then Alexander McCall Smith.

Harris mostly discussed her newest novel The Strawberry Thief her writing process and how it feels to come a bit full circle with the world of Chocolat  and how her works aren’t different genres but rather more like same ideas from a different perspective. < I loved that so much I wrote it down.

Rosette is also such a different child than Anuk in these books and I loved the reading Joanne Harris did of her chapter. A girl considered different but she has a voice and Harris does her justice in bringing that voice to light.

She also discussed so much else about evil and more on Rosette that I’m going to leave for another blog post. Suffice to say I am an even bigger fan now after hearing her speak.

It was a bit of a crammed day because right after her book signing I have to turn tail toward the tent I had just left before it to Smith’s event. He was hilarious and just like this spark of life that I aim to be now let alone like five years from now lol.

He discusses his writing process, and it was so interesting to hear the differences described between him and Harris, both wonderful writers, two completely different processes [I mean that’st o be expected but it really hit home after hearing both in one day].

Smith is a man who loves what he writes, he finds the humor in it and doesn’t mind having a laugh at what he’s writing, but he also provides such warmth to most of his stories as well.

Meeting him, I only own Dream Angus [Thank you Canongate!] and the rest are more library reads for me when it comes to his works. And let me tell you, this man is a genuine sweetheart. He shook every single person’s hand, he sat to the side of the table so people could take better pictures with him and he stopped to chat with everyone, he didn’t care how long the line was, everyone was given his time.

I also had a fangirl moment and gave him a thumbs up instead of saying bye as I got flustered. I’ll probably never live that down.

Today I went, just to take my daughter to look around while the hubs was in a talk, we get to do a bit of coloring and of course, I broke down and bought her a book, and even got one for the hubby.

Anyway, I’ll be talking more about what both authors spoke about in different posts. 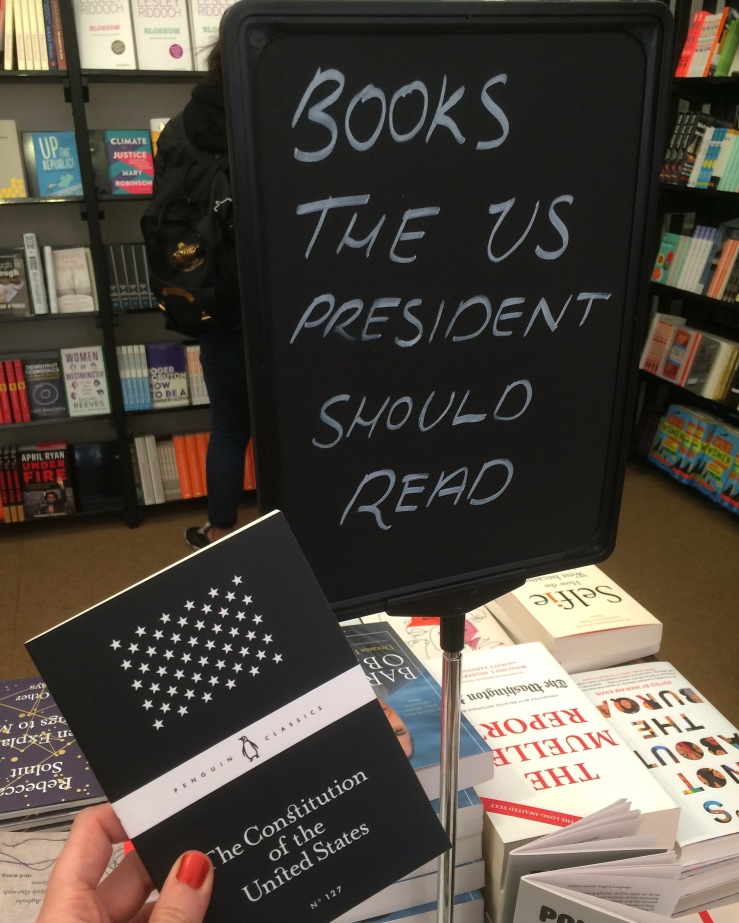