So tomorrow I’ll break it up a bit, do a meme, or a tag, and give you all some relief from reviews. I actually was hesitant on doing this today, but, I actually feel these reviews just need to get out because these last three reads have just made me salty and annoyed. And I finished another last night, so here are some mini-reviews!

[UPDATE: I skimmed through these again and realized something

I may have been overly judgemental and angry because the books weren’t what I wanted them to be about that I was overly harsh on 2/3 of these. I’m changing my ratings because I realize it wasn’t fair of me to downgrade these because I didn’t enjoy them instead of because they were actually bad because they weren’t.

I’m going to be honest, Shakespeare’s Witch was quite well written, I was just so annoyed and put off that there was no content warning with something like incest. There is no shame in having sex scenes in books and I don’t think those books are less than normal books, I was just really surprised by this batch of books.]

Onto the next bit of disappointment!!

[Actually, this next one was not as disappointing as the other two.] 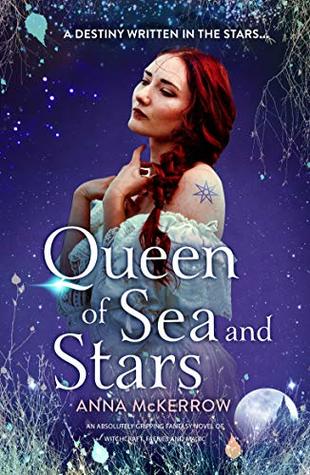 Ever since she was a little girl, growing up in the village of Abercolme on the wild coast of Scotland, Faye Morgan’s life has been steeped in the old ways – witchcraft, herbal lore and a blood connection to the dangerous and unpredictable world of Faerie.

But magic is both a gift and a burden, and Faye has more than paid the price of living between two worlds. Neither accepted by the villagers, nor welcome in the Faerie Kingdom of Murias after rebuffing the fickle and attractive Faerie warrior king, Finn Beatha, Faye runs from Abercolme, hoping to leave that life behind.

However, even in the twisted, cobbled streets of London, Faye finds her blood bond with Faerie won’t be broken. A Faerie War of the Elements is brewing and, though she doesn’t yet know it, Faye is fated to play a terrible part. If she is to survive, she must learn to embrace her own dark power and face Finn Beatha once more… but in doing so Faye will discover secrets in her own past that never should have been disturbed.

I enjoyed the use of modern-day witchcraft and the shout out to Wiccans, that was nice, and I think that McKerrow did a great job capturing the darkness of the faerie court.

I hated Rav, I don’t know if I would have had more sympathy for him if I had read the first book but the things that Faye does for him just make me want to shake her. I think this will be judged harshly under the fact that it’s not YA and it will throw many off to see the amount of sex scenes. But I also felt like in the end I still wanted to like Finn, maybe because I felt he had excuses for his behaviour being a being that wasn’t human and wasn’t tied down to human morals. Either way, it was an enjoyable read once I reconciled what it was in comparison as to how it was labelled, and the 2.5 would have been a full 3 if there hadn’t been so much ridiculousness with Rav and Finn, and with the awkward pacing.

Pros:
-Great Friends
-Lovely way of modern-day witchcraft incorporation into the story
-Creepy dark faerie realms
-Set in rural Scotland and London so that was a nice difference in settings
-You could relate to her friends and even Faye herself at times though more with the friends
-Morgana is in it, so I’m already like: yes.
-Impossibly brutal faerie deals

Cons:
– You want to punch Rav in the face, and you want to punch Finn in the face
– Faye seems to have no Scottish accent but her friend does and they’re from the same place and grew up in the same place.
– The book itself is in the wrong genre and age range (NA/A Romance, not YA)
– Mallory. Ugh.
– The pacing will go fast and slow which is understandable with the actual timeline when you’re switching realms but not when you’re reading and it feels like someone’s messing with the gas pedal while driving.
-Rav really is a butthead. Finn is a butthead. Lyr is a butthead
-Why is Gabriel the only decent male? 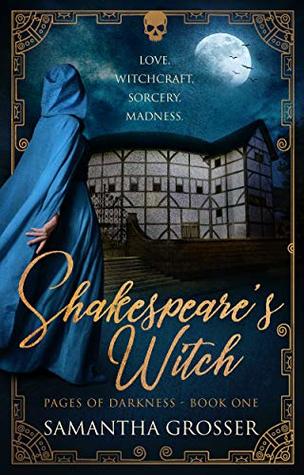 A fortune told …
When Sarah Stone foresees Will Shakespeare’s latest play has opened doors to evil, she begs the playwright to abandon it. But Will refuses, aware the play is one of his best. And so rehearsals for Macbeth begin.

Forbidden desires …
After her vision, Sarah fears for her life – she has never known the shewstone to lie, and she turns to her brother Tom for comfort. A strange darkness seems to haunt the playhouse, and when Tom sets out to seduce John Upton, the boy actor who plays Lady Macbeth, the boy sees the hand of witchcraft in his own forbidden desires for men. Then Sarah weaves a spell to win the love of the new lead actor, and John, terrified for the safety of his soul, begins to make his accusations.

The Spirits have spoken …
As rehearsals continue, Sarah and Tom must struggle to convince John he is mistaken and that his sins are his own – their lives and the fortune of the play are at stake. But the Spirits have spoken – will the fate that Sarah foresaw come to pass or is their destiny their own to decide? Set against the first production of Macbeth in 1606, Shakespeare’s Witch is a seductive tale of the origins of the curse of the Scottish Play.

I thought this would be a little sexy when I saw the seductive bit.

That was a vast understatement on my part. This is a romance erotica novel. And I thought it was just Historical fiction as the blurb I had been given was not the Good Reads one and I felt cheated by that other blurb, so really I may have the rating at 3 * until after a month and lower it back down. Sarah was boring, Tom was definitely the more interesting of the siblings and I found Nick to be boring too. John was actually quite scary in the way he let his own desires make him ready to condemn others to death just to assuage his own guilt and save his own soul.

But you want to know what really bothered me?

SHAKESPEARE WAS LIKE NOT REALLY IN IT EXCEPT FOR A VERY SMALL HANDFUL OF SCENES I THOUGHT THIS WAS ABOUT SHAKESPEARE’S WITCH. IT WAS THE WHOLE REASON I WANTED TO READ IT, AND I GOT BUPKIS!

BUPKIS I TELL YOU!

Spoiler below: Highlight to see.

The erotica part didn’t bother me once I got used to it. I just really felt uncomfortable with the incest and the child that resulted from it. It made me uncomfortable but if you see my GoodReads, I did at least state that the book is great for those that love this sort of book, I could understand the forbidden desire part, but it was a little too much for me. I wish it had come with some content warning, GoT is enough incest for me lol.

So, a bit of a slump for me this week. Please don’t let my reviews think I’m judging you all for reading these books or books like them. They’re just not for me and if they make you happy, I’m happy for you. I just need to read the Goodreads blurbs before requesting things from now on.

I’ve now immersed myself on twitter, so I’m off to go pretend to be productive some more.

Have you read books where you were really thrown by the content? What did you do? Did you finish or DNF?

Sorry you had such a slump. I think we need to do away with the YA category. There are so many books I read that are labeled YA and I think either… this is either definitely adult content or that if it was just all mixed by genre adults who don’t already read YA wouldn’t hesitate to read and get a lot out of it. The whole system seems a mess.

Sorry the books weren’t for you, I am not one for the forbidden love either. It sucks because each synopsis completely draws you in!

I know! I was really excited to read these, but, I think I’ll probably give Queen of Sea and Stars another chance with the next book in the series

omg “who dun who” cracked me up, but oof to misleading synopses and hypersexuality, especially when it’s not what was expected. recently I’ve been trying out not reading the GR synopses or other reviews before I start a book (just when I’m deciding whether to add/remove from my TBR) and that’s helped remove the disparity between my expectations and the content since I don’t really *have* expectations anymore, but if the content itself is objectionable I’ll typically DNF.

hoping your next few reads are better. and i mean, like, DotC-level better, because you’ve definitely earned it after slogging through these.

Back in my earlier days of reading, I was in Goodreads reading challenge groups and I read books to fulfill challenge requirements. I read a whole lot of books I probably would not have chosen were it not for these oddball guidelines (books with ‘man’ in the title, book starting with w, book with food on the cover, etc. anything you can dream up). So there were some CRAZY books and I always finished them whether they were awesome or awful. I was reading to be part of the community and I enjoyed it at the time. Now my reading priorities have changed a lot so….not anymore. Now I read for me and I DNF more frequently.Reading time is more precious to me at this point. I’ll still jump into the random book here and there just to de-stress my brain but for the most part, I want to really be “in” what I’m reading.